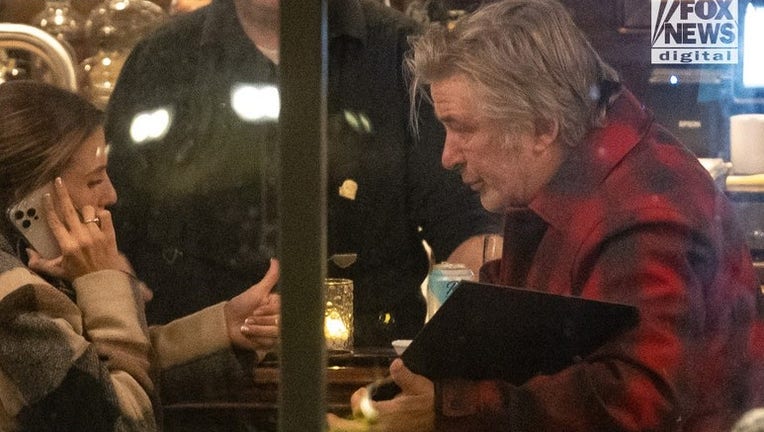 Alec and Hilaria Baldwin stepped out for drinks at a Vermont bar Friday night as an investigation into a deadly on-set shooting involving the A-list star is underway in New Mexico. (Photo: Fox News Digital)

EXCLUSIVE: Alec and Hilaria Baldwin stepped out for drinks at a Vermont bar Friday night as an investigation into a deadly on-set shooting involving the A-list star is underway in New Mexico.

Baldwin had a non-alcoholic IPA and Hilaria ordered wine. The couple shared a kiss after a long day out with the kids. And they dug into plate after plate.

Earlier that evening, a hostess at the front door said the bar area was closed. And the bartender turned away patrons throughout the night.

Baldwin’s New England respite comes as the "Rust" movie production – of which he is a part – is under investigation in New Mexico. A firearm accident on set left cinematographer Halyna Hutchins dead and a bullet lodged in director Joel Souza’s shoulder. 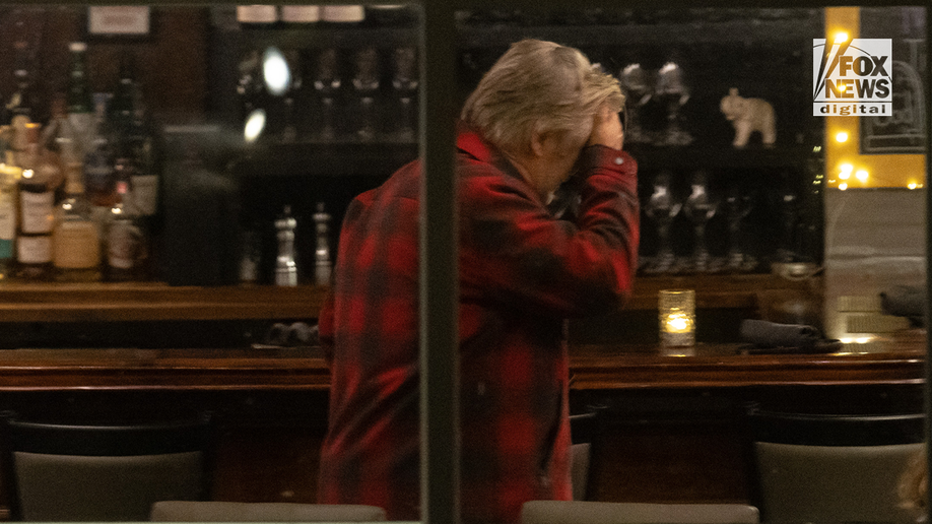 Alec and Hilaria Baldwin stepped out for drinks at a Vermont bar Friday night as an investigation into a deadly on-set shooting involving the A-list star is underway in New Mexico. (Photo: Fox News Digital)

It happened after a crew member allegedly handed Baldwin a loaded .45 revolver during rehearsal, telling him it was a "cold gun," or safe.

At least four people handled the gun on Oct. 21 – Baldwin, armorer Hannah Gutierrez Reed, assistant director David Halls and prop master Sarah Zachary, court documents show. Authorities have focused on the first three, all of whom are cooperating with investigators, according to the Santa Fe Sheriff's Department.

Halls had told Baldwin that the .45 revolver was a "cold gun," meaning "not hot" or unloaded, after armorer Hannah Gutierrez Reed placed it on a cart on the set, according to investigators. But when the actor fired that gun while rehearsing a scene, it launched a projectile straight through Hutchins and into Souza.

The incident could lead to serious criminal charges, but more likely for the expert weapon handlers on set than for Baldwin, according to Katz.

An attorney for Halls did not respond to a request for comment, while Gutierrez Reed through her attorneys Thursday appeared to try and shift the blame to the movie’s producers for alleged unsafe conditions on set. 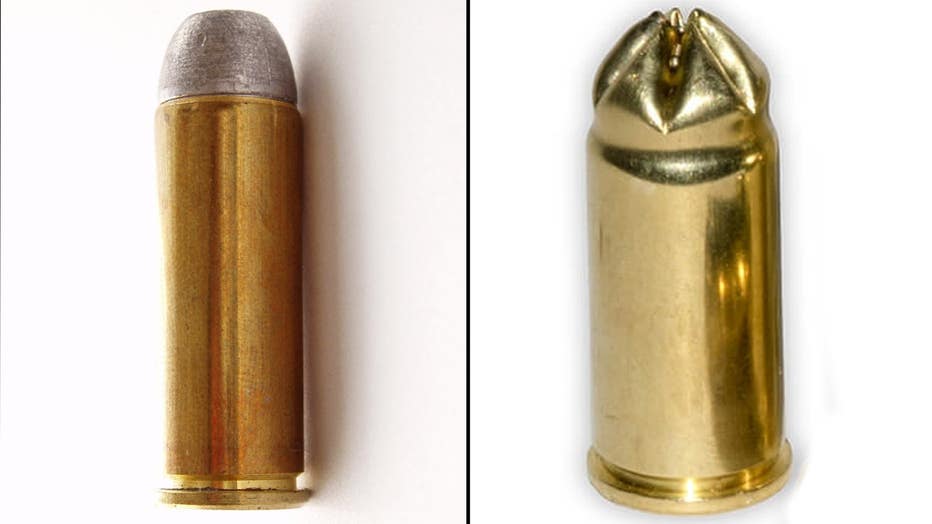 Blanks look nothing like a bullet packing a projectile, he noted.

"There's not even a question -- the blank is not going to have a projectile," he said. "The part of the cartridge, the bullet is not going to be here. The cartridge will either be crimped or there will be some sort of wadding or plastic cap because the powder still needs to be contained."

And diligent checks minimize the risk of something slipping through the cracks. Katz laid out a simple plan to follow: Check for live rounds at the perimeter. Check again inside. Check while loading each blank cartridge into the gun. Make sure the barrel is clear. Then keep the weapon sealed and secure until it’s time to use it – when it’ll be checked again.

Authorities said they found a mix of blanks, dummy rounds and actual bullets while investigating the set.

Once in the gun, checking the rounds can be more complicated, and Katz said it is impractical to expect actors to learn how to check their weapons for every film. That should fall on the armorers and other experts, he said.

"Give me an hour, I'll tell you how to hold a pistol and look professional," he said. "You may not be able to really shoot, but you'll be able to look professional when you're holding that pistol -- but I wouldn't trust you to check it and verify the status. Not unless you're trained a little better."

That said, he credited the actors who do train – praising Keanu Reeves for his work in the "John Wick" franchise and Daniel Day-Lewis in "The Last of the Mohicans."

Filmmakers could also avoid the issue completely by making sure they use weapons altered in a way that would make them only capable of firing specially sized blanks, Katz said. But that costs a lot of extra money because it renders functional guns essentially useless for anything but movie making.

Some companies already do that, he said. Others are willing to do so as long as they’re compensated in the budget. And those that don’t have industry safety standards to go by.

"There are protocols in place, and largely it is done safely," Katz said. "But all it takes is one: one human error, one screw up."