LOS ANGELES - Alan Kalter, the announcer who introduced David Letterman for most of his run on "The Late Show," has died. He was 78.

Kalter was the voice behind the acclaimed late-night program from 1995, about two years after Letterman moved from NBC to CBS, and continued with the show until the host stepped down in 2015.

Rabbi Joshua Hammerman of Connecticut’s Temple Beth El confirmed he died peacefully at Stamford Hospital in Connecticut in a statement to Fox News.

Kalter’s wife, Peggy, also confirmed the news of his death to The Hollywood Reporter.

The red-headed humorist was perhaps best known for his distinctive voice, which he would use to not only cheekily introduce Letterman every night but his guests as well. In addition, he would frequently participate in comedy sketches such as "Alan Kalter’s Celebrity Interview" after Letterman was finished interviewing his guests. Deadline notes the fan-favorite would also use his droll humor to feign anger or bitterness at the host, dropping expletives that were bleeped out and forcing the host to act as though his own show had gone off the rails. 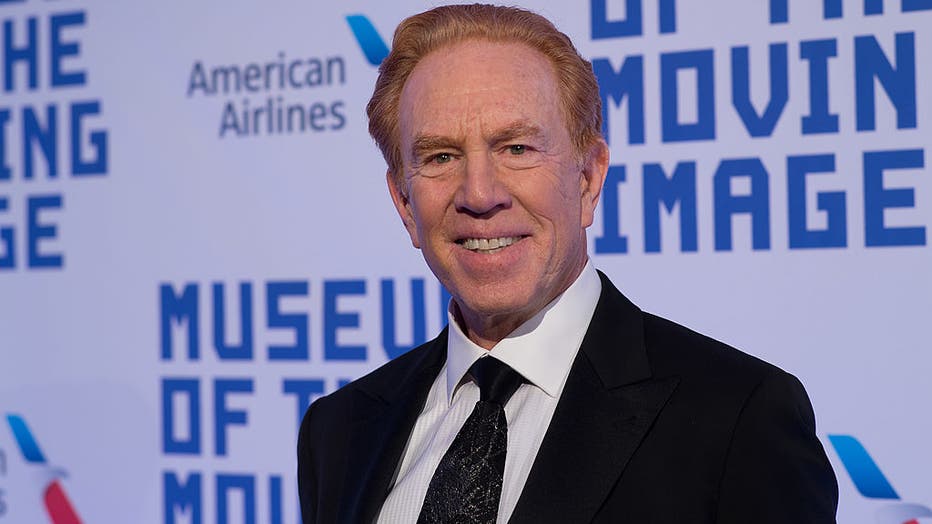 "When our announcer of 15 years Bill Wendell retired, producer Robert Morton came to my office with an audiotape containing auditions for several announcers. Alan’s was the first and only voice we listened to. We knew he would be our choice," Letterman said in a statement (via Variety). "Whatever else, we always had the best announcer in television. Wonderful voice and eagerness to play a goofy character of himself.  Did I mention he could sing? Yes he could. He enthusiastically did it all. A very sad day, but many great memories."

The Hollywood Reporter notes that he was born in Brooklyn in 1943 and raised in New York communities like Little Neck and Cedarhurst. He graduated from Hobart College in Geneva, N.Y. before attending law school at New York University. Appropriately, he taught public speaking and English to high school students on Long Island before beginning his broadcast career.

He worked as the announcer on game shows like "To Tell the Truth," "The $25,000 Pyramid" and "The Money Maze." His unique voice may also be recognized by many from countless commercials, including a brief stint as the voice of the Michelin Man.

The outlet reports that he is survived by his wife and daughters Lauren and Diana as well as his grandchildren, Samantha, Ethan, Jordan, Isabelle and Owen. He also has a brother named Gary.