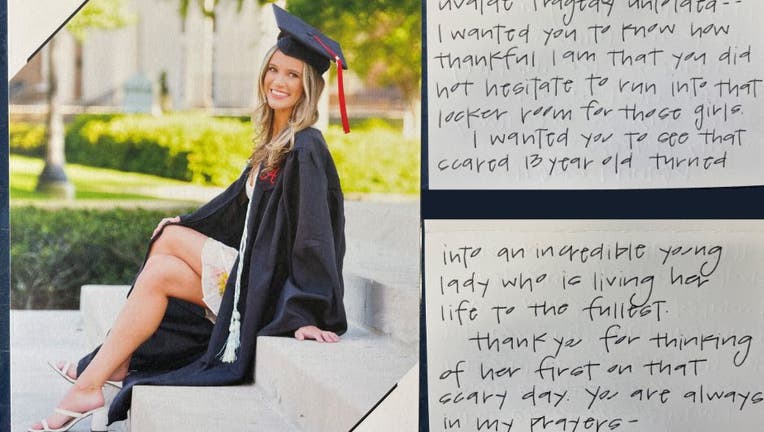 An Alabama school resource officer says he was brought to tears after a mother sent him a letter thanking him for rescuing her daughter in 2013 from an armed man who took the girl and four others hostage at school.

"When I got the letter, I teared up and cried. It touched me deeply," Shelby County Deputy David Morrow told WBMA.

Morrow received the letter from Deanna O'Neal in June thanking him for rescuing her daughter from an armed hostage situation in the locker room at Chelsea Middle school in 2013.

"After watching how the Uvalde tragedy unfolded-- I wanted you to know how thankful I am that you did not hesitate to run into that locker room for those girls. I wanted you to see that scared 13-year-old turned into an incredible young lady who is living her life to the fullest. Thank you for thinking of her first on that scary day. You are always in my prayers," O'Neal wrote to Morrow, according to photos of the letter posted by the sheriff’s office.

O'Neal wrote the letter after her daughter graduated from the University of Alabama.

Ryan Mathew Sims, armed with a gun, made his way to the middle school’s locker room in 2013 and took five young girls hostage. Morrow told WBMA that he and the school’s principal ran to the locker room and confronted Sims, who was a former student and part-time employee, and defused the situation.

"That man, [Sims] that day remembered me as his SRO. I was able to talk to him, along with the principal," Morrow told the outlet. 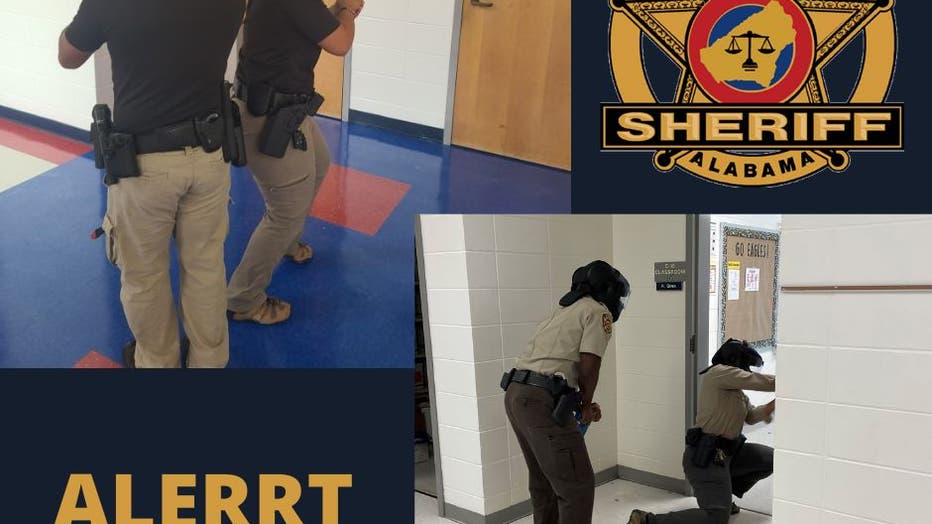 A friend of Morrow’s, who is also chief meteorologist for WBMA, James Spann told the outlet that the SRO’s "actions on that day in 2013 in Chelsea were absolutely heroic," adding that Morrow "wanted no attention over this."

Morrow said "a lot of players" on that scary day "did the right thing" that allowed for the situation to end without anyone getting hurt.

Sims is being held in a mental health institution, according to the outlet.

The sheriff’s office also praised Morrow for his heroism on Facebook, while celebrating the importance of SROs.

"Our SROs are ready. We will protect our students. We will not hesitate."