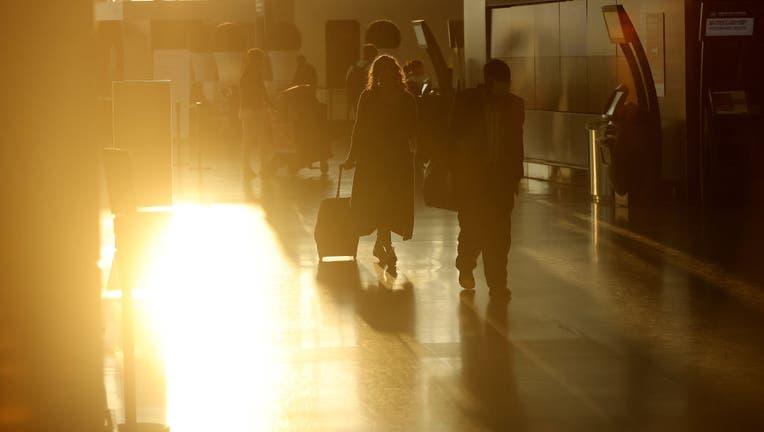 Consumers may finally get some relief when booking a flight as summer demand wanes ahead of the back-to-school season, according to the travel booking website Hopper.

In its third quarter travel index, Hopper reported that domestic airfare is slated to drop to an average of $286 per round trip in August.

Airfares usually drop between 10 to 15% from late August through mid-October as kids head back to school, however, the decline this year has been even steeper due to abnormally high summer prices and an earlier peak in demand, Hayley Berg, lead economist at Hopper, told FOX Business.

Brian Kelly, Found of The Points Guy, shares important tips for anyone looking to fly.

"Prices this summer were elevated beyond normal seasonal airfare increases by high jet fuel prices and pent-up demand coming out of two depressed summer seasons, and by traveler demand peaking earlier in the summer than in a normal year," Berg said.

For the majority of June and July, more than two million people passed through airport checkpoints at airports across the U.S. each day, according to data from the Transportation Security Administration (TSA). TSA spokesperson Lisa Farbstein even tweeted on July 2 that "we are back to pre-pandemic checkpoint volume."

As we move further into what's known as "shoulder season," Hopper recommends that consumers start tracking prices now to capitalize on the best deals before holiday demand ramps up again.

According to the travel site, domestic airfare will remain at or even below an average of $300 through September before rising slowly in October and November.

In December, domestic flights are expected to rise to an average of $368 for a round trip. However, if people wait to book last minute, it will be closer to $390 for a round-trip.

Aside from flights, Berg also said that hotel prices are expected to decrease slightly throughout August before rising in September and October.

According to the data, there is already an increase in stays at hotels throughout September and October, which are costing an average of $217 per night.