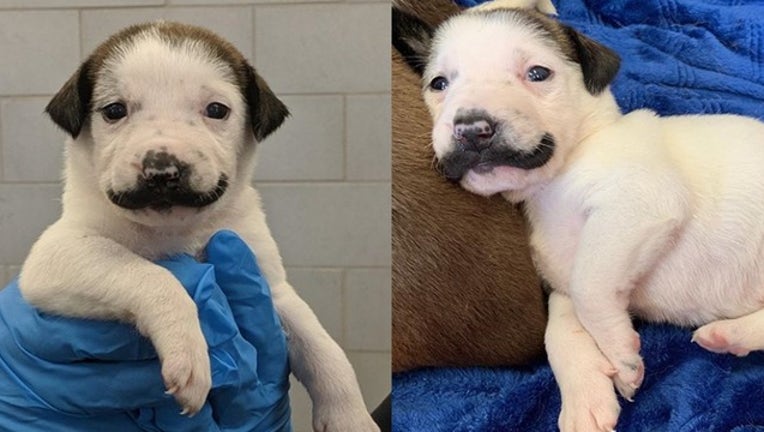 DALLAS, Tx - This puppy who appears to have been born with a handlebar mustache made of fur is looking for her forever home.

The 5-week-old pup is part of a litter of 10 who were recently found as strays with their mother. Hearts & Bones Rescue posted photos of the family to their Instagram account and viewers quickly took notice of the little furball with the very distinct marking on her face.

Now dubbed the 'Mustache Puppy,' the rescue named her Salvador Dolly, after the Spanish painter Salvador Dali, who also had a memorable mustache.

Salvadore Dolly's photos went viral and the internet has been smitten ever since!

The whole family is now in a foster home in Dallas, Texas. Hearts & Bones Rescue works closely with teams in both Dallas and New York City. They said when the puppies are done nursing, they will be looking for foster homes or permanent homes in New York during the last week of August.

To apply, you can visit heartsandbonesrescue.com.