WASHINGTON - There is a pending Democratic majority in the Senate, but the $2,000 stimulus checks President-elect Joe Biden promised ran into a new hurdle Friday.

And this time, the potential roadblock comes from within the party.

Sen. Joe Manchin, D-W. Va., told The Washington Post that he would "absolutely not" support a bill to issue $2,000 stimulus checks.

"Getting people vaccinated, that’s job No. 1," Manchin said. "How is the money that we invest now going to help us best to get jobs back and get people employed? And I can’t tell you that sending another check out is going to do that to a person that’s already got a check."

Late last month, Congress approved a stimulus bill that included $600 direct payments to most Americans. President Donald Trump delayed signing the measure, calling for Congress to increase the amount to $2,000.

Though he eventually signed the bill issuing $600 checks, the House passed another bill that would increase those payments to $2,000.

Even so, that bill died in the Senate with Majority Leader McConnell refusing to put it to a vote. The Kentucky Republican instead offered his own version of the bill filled with a Trump wishlist that House Democrats wouldn’t pass.

Biden used the prospect of $2,000 checks as a promise while campaigning for Jon Ossoff and Rev. Raphael Warnock in Georgia.

Sen. Chuck Schumer, D-N.Y., also voiced support for the measure. But Manchin maintains he has a difference of opinion with the Democratic leader.

"That’s the beauty of our whole caucus. We have a difference of opinion on that," Manchin told The Post.

Manchin is no stranger to breaking party rank. He was the lone Democrat in the Senate to approve the confirmation of Supreme Court Justice Brett Kavanagh. 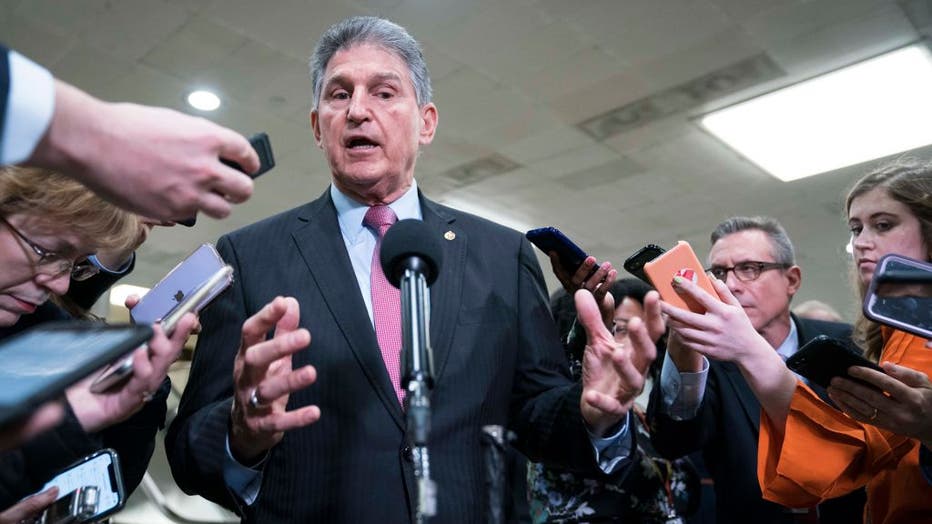 Sen. Joe Manchin, D-W. Va., speaks to the press near the Senate subway following a vote in the Senate impeachment trial that acquitted President Donald Trump of all charges on Feb. 5, 2020 in Washington, DC. (Photo by Sarah Silbiger/Getty Images)

Discussions on increased stimulus payments have not yet gotten underway. But even without Manchin’s vote, the measure has support from Trump — which may compel the president’s allies to support the bill even after he’s out of office.

Before Congress agreed to a second round of stimulus, Sen. Josh Hawley had been a champion of an additional payment equal to the $1,200 issued last spring, according to the Kansas City Star.