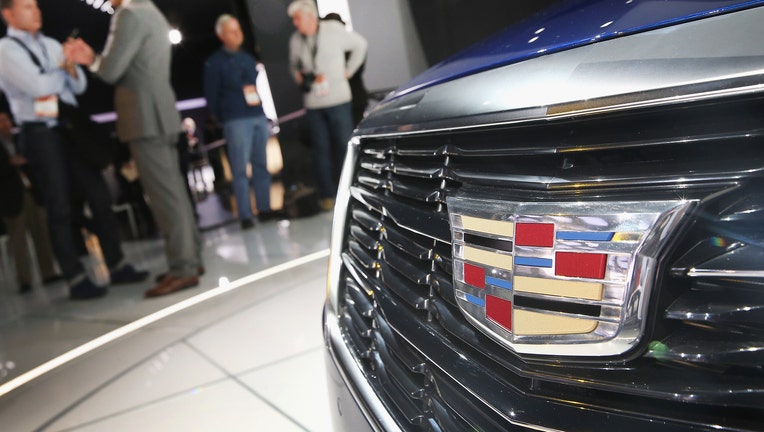 (FOX NEWS/WJBK) - A 75-year-old Cleveland man had a harrowing experience last month when his car's electrical system stopped working, trapping him inside his car for 13 hours.

Peter Pyros got into his 2006 Cadillac XLR that was parked in his garage on August 31. He quickly found out that the battery was dead when he tried to start it.

The XLR doesn't come with a standard door handle - it's equipped with an electronic push button door release, similar to what's on the hatchback of many SUVs or station wagons. With the battery being dead, the button door release wouldn't work, neither did the windows, roof, or horn.

Pyros was trapped inside his car inside his garage with no way of getting help.

He told Fox 8 that he tried to kick out the window, but didn't have any luck. He also didn't bring his cellphone with him, so all he could do is scream for help as the temperature inside the car started to rise.

He yelled and pounded on the window, trying to get help. He told USA Today that he passed out twice from exhaustion.

At one point, Pyros wrote a note to his family explaining what happened so they wouldn't think he committed suicide.

The owners manual wasn't in the car, so he didn't know if there was anything else he could do. If it were, he may have found that there was a safety mechanism in place.

Cadillac anticipated the problem and the XLR has a marked manual door release lever located on the floor next to the seat. Pyros had no idea it was there. If he had, a simple pull would've freed him.

A General Motors spokesman told Fox 8 "First, I am glad the gentleman is OK. Any vehicle or key fob can lose power unexpectedly, so please urge your viewers to review the power lock section of their owners manual so they will know what to do if this occurs."

Fortunately, 13 hours after getting trapped, Pyros' neighbors eventually heard the noises he was making and noticed that the garage door was open and the lights were on late in the evening. So his neighbor hopped the fence to investigate and found him in the car.

They called the fire department, who managed to jump-start the car and get the door opened without damaging the vehicle.

The incident was similar to one that took the lives of 72-year-old Texan James Rogers and his dog in 2015, when they got stuck in a Corvette that uses the same type of door mechanism as the XLR.

Pyros has retained an attorney and is considering taking legal action against GM.