There was a funeral taking place at Serenity Funeral Home when the shooting happened, according to police.

There was a funeral taking place at Serenity Funeral Home for a Milwaukee homicide victim when the shooting happened around 12:45 p.m., according to police.

The shooter has not been identified. The circumstances surrounding the shooting are under investigation. 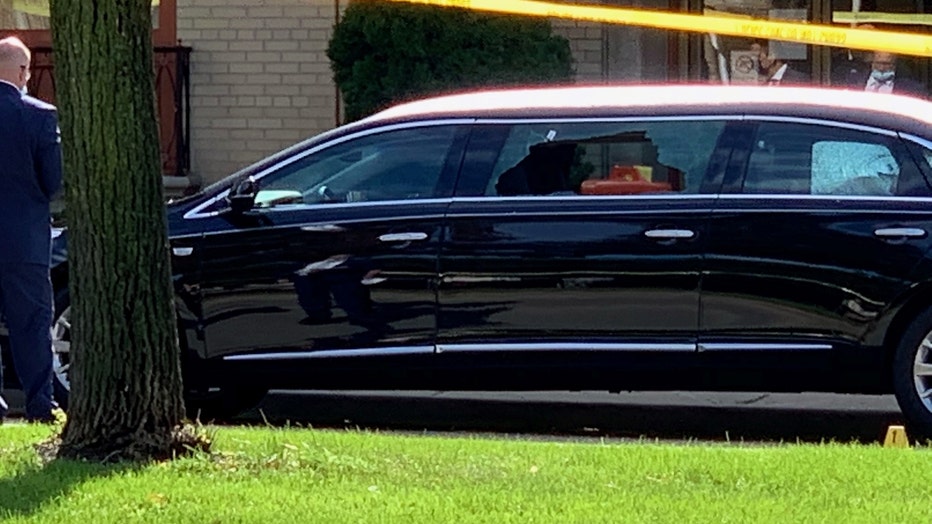 The crime scene was cordoned off for more than four hours as police collected evidence. At least eight bullet holes were marked on the funeral home's exterior.

Acting Milwaukee Police Chief Michael Brunson was asked during a news conference at the scene whether the shooting was related to the funeral, and he said police are looking into that possibility.

"Our prayers are with the victims and their family members during this terrible time," said Acting Chief Brunson. "This is an untenable situation. This brazen act that was done in broad daylight is just unacceptable in our city, and we're working feverishly to identify who committed this act."

Michael Brunson, acting chief of the Milwaukee Police Department, provided an update following a shooting near Fond du Lac and Townsend on the city's north side Wednesday.

Milwaukee Mayor Tom Barrett said that person fired from a vehicle as a group was about to head inside the funeral home.

“It’s an example of the insanity we are seeing with the amount of guns, particularly illegal guns we are seeing in the City of Milwaukee," he said. "The insanity of people solving their problems with guns -- it is just completely insane, and we are seeing way too much of that in the community this year."

The mayor noted a "dramatic increase" in Milwaukee's homicide rate this year, calling it "unacceptable," adding that it's occurring at a time when "our budgets are very, very stressed." He said the city faced serious budget issues heading into 2020, and then COVID-19 hit.

Neighbors of the north side community believe it will take an entire city to help them find peace.

People who live near the funeral home said they are sad and angry -- calling for peace.

Wednesday's shooting happened just over a week after the Milwaukee County medical examiner said the county is on track to surpass 200 homicides in 2020 -- something that's never happened before.

At a time when hundreds have marched in Milwaukee, calling for an end to police brutality, Denise Harris, a Milwaukee minister, said it's time for members of the community to look in the mirror and work to end the violence. 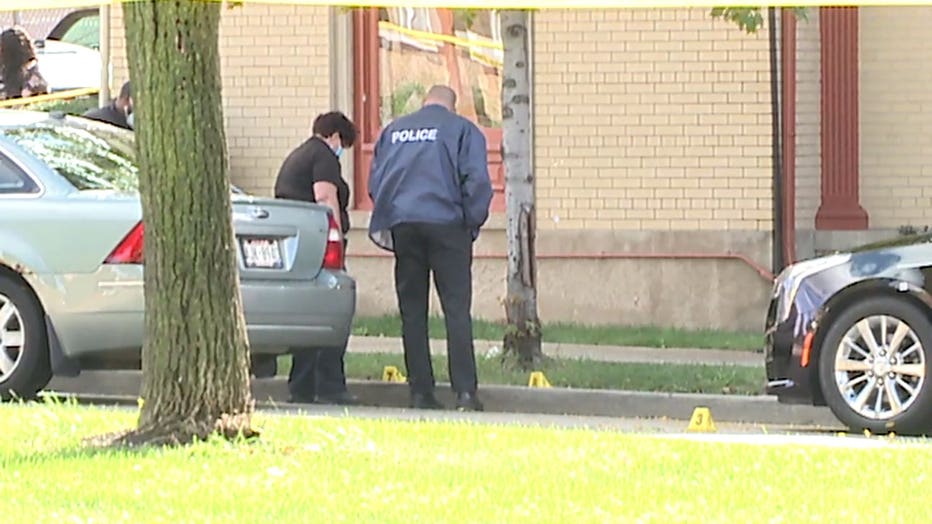 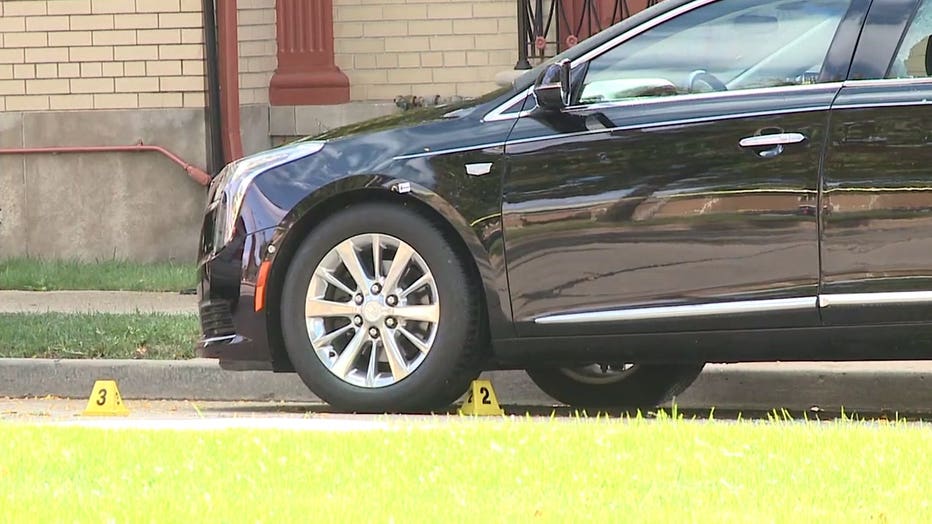 "This cannot continue. This right here is an example of why we should be working with the police to help solve some of these crimes," Dent said.

Neighbors of the north side community believe it will take an entire city to help them find peace.

Dent asked anyone with information about this shooting -- or any other -- to share what they know with police and help investigators make an arrest.

Anyone with information on Wednesday's shooting incident was asked to please contact Milwaukee police at 414-935-7360 or Milwaukee Crimestoppers at 414-224-TIPS.