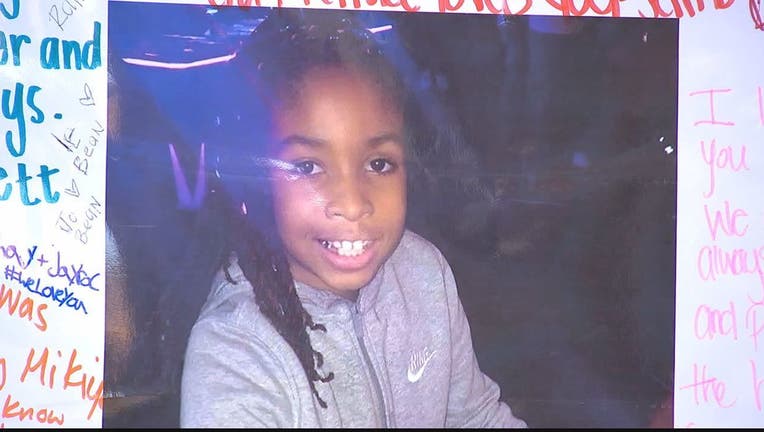 WASHINGTON - A fifth suspect has been taken into custody in connection with the murder of 10-year-old Makiyah Wilson just one day after a fourth suspect was arrested, DC police have confirmed to FOX 5's Paul Wagner.

Authorities had previously said they were searching for four gunmen and a driver wanted for the July 16 shooting that left Makiyah dead. The little girl was getting ice cream from a truck in her Northeast DC neighborhood when four gunmen opened fire on a crowd.

On Thursday, authorities said 24-year-old Mark Tee Price was arrested in connection with Makiyah's murder. Price was previously charged with murder in the death of 47-year-old Andre Young, a Prince George's County football coach who was shot to death on July 30 in Southeast DC. Price was already in custody for Young's death.

Three other suspects previously arrested in connection with Makiyah's murder were ordered to be held following a preliminary hearing on Wednesday. Authorities arrested 20-year-old Qujuan Thomas and 21-year-old Quentin Michals in August. Gregory Taylor, 23, was taken into custody in October. All three are members of the Wellington Park Crew gang, according to investigators.

Taylor, who went by the nickname "Gizzle," was described in a court document as the ringleader who said in a text message to another member of the Wellington Park Crew, "Let's go do what we do."

RELATED: Funeral held for 10-year-old Makiyah Wilson, who was gunned down in DC