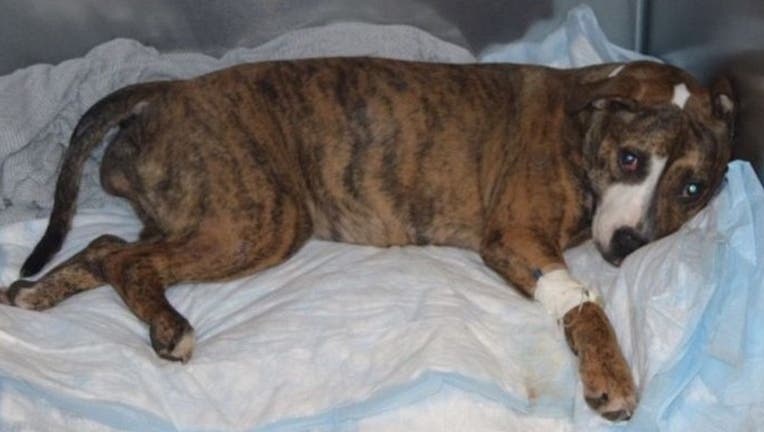 Courtesy of the Humane Rescue Alliance

WASHINGTON (FOX 5 DC) - A $5,000 reward is being offered for information leading to the identification, arrest and conviction of the person responsible for allegedly physically and sexually abusing a 7-month-old puppy in D.C.

The Humane Rescue Alliance said the female, named Luna by the organization, was found with several wounds on her body after being abandoned near a trash can in Southeast.

According to a press release, veterinarians determined that Luna had five broken vertebrae, two of which required surgical stabilization, two possible stab wounds on her chest, a dislocated hip that may need surgical repair in the future and more. Other injuries indicate she had been brutally sexually abused and was likely strangled.

Friendship Hospital for Animals is offering to cover the cost of care for Luna, which was estimated by officials as exceeding $20,000.

"We share in the vision of HRA's dedication to finding justice for our city's animals in need," said director at Friendship Hospital for Animals Kieran Mara. "We are grateful to have a strong partner in the District of Columbia and proud to donate these services."

Anyone who recognizes this animal or may have noticed something unusual in the area is asked to call 202-723-5730 or email  imatheson@humanerescuealliance.org.