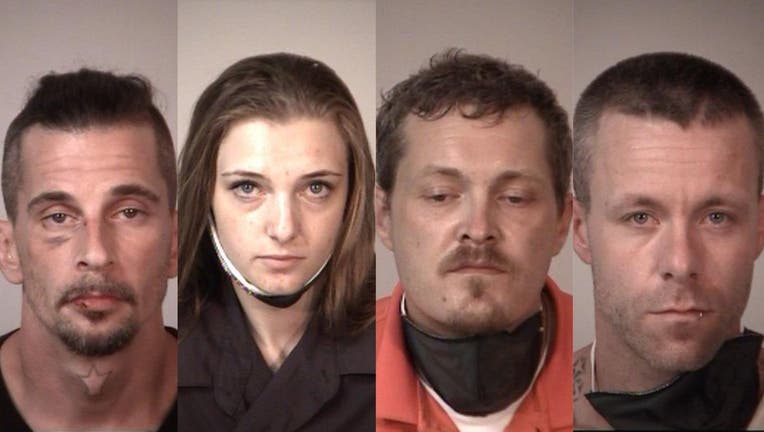 SPOTSYLVANIA COUNTY, Va. - Four people in Spotsylvania County are facing multiple animal cruelty charges after they allegedly allowed their dogs to attack goats on their property, and also struck the goats with a bat, according to sheriff’s investigators.

The Spotsylvania County sheriff’s office investigated the property at 10516 Heather Greens Circle in June after receiving a complaint about the alleged abuse.

When they arrived, they were met by two people – Charles McKinney and Halie Morgan.

McKinney told deputies that Morgan – who owns the home - had owned two goats, but she’d given them to another person after finding out that they were forbidden in the neighborhood.

When the deputies searched the property, they found two dead goats.

Video reportedly shows the suspects goading dogs to attack the goats, and another suspect, Andrew Haefele, attacking the goats with a spiked bat and what appeared to be a machete.

The sheriff’s office described the video as revealing a “gruesome scene” in which the goats died.

All four people were arrested and charged with multiple counts of maiming animals, conspiring to maim animals and providing false information to law enforcement.