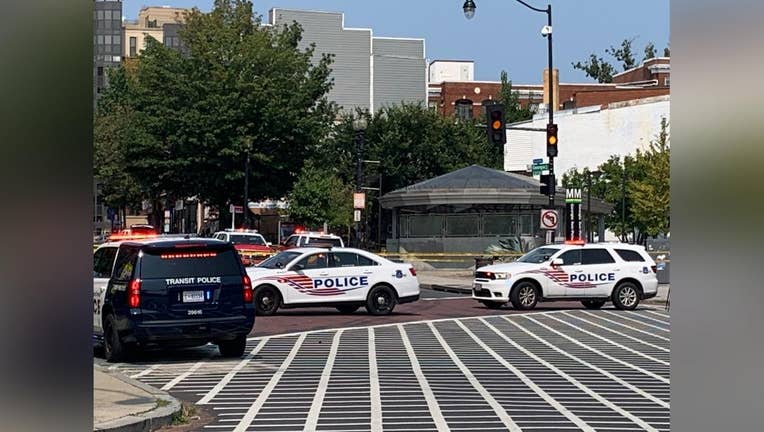 WASHINGTON - Three people are hurt after a shooting outside of a Metro station in Northwest D.C., according to police.

The Metropolitan Police Department said the shooting was reported around 1 p.m. on Friday in the 3700 block of Georgia Avenue.

The shooting happened near the entrance for the Georgia Avenue-Petworth Metro station.

Police said three men were hurt during the incident. According to police, all three are conscious and breathing at this time.

Investigators believe the shots were fired during a drive-by shooting.

They are now looking for a dark sedan with heavily tinted windows in connection with the incident.

As a result of the incident, the 3700 Block of Georgia Avenue is closed in both directions.