WASHINGTON - An officer and a suspect exchanged gunfire in Southeast Thursday evening after police were called to the area for a shooting.

D.C. police responded to the 3600 block of 6th Street around 8:37 p.m. No victims were found at the scene, and police said one man – who has been identified as 24-yea-old Joseph Hall is in custody.

Police said Hall, while brandishing a firearm, attempted to enter an occupied vehicle. The occupants of the vehicle were able to flee.

When officers arrived at the scene they located Hall who was observed holding a firearm. The officer voiced numerous commands for Hall to drop the firearm and the suspect did not comply.

The suspect pointed their firearm at the officer and the officer shot at Hall, according to the police report.

Hall then returned gunfire at the officer.

A violent night in the District after police exchange gunfire with an armed man during what officers say may have been an attempted carjacking.

An investigation later determined that Hall had robbed a person at gunpoint and shot at a passing vehicle. He is charged with assault on a police officer while armed, assault with a dangerous weapon, armed robbery, armed carjacking, carrying a pistol without a license, and fugitive from justice.

Hall's firearm was recovered and can be seen in the photo below: 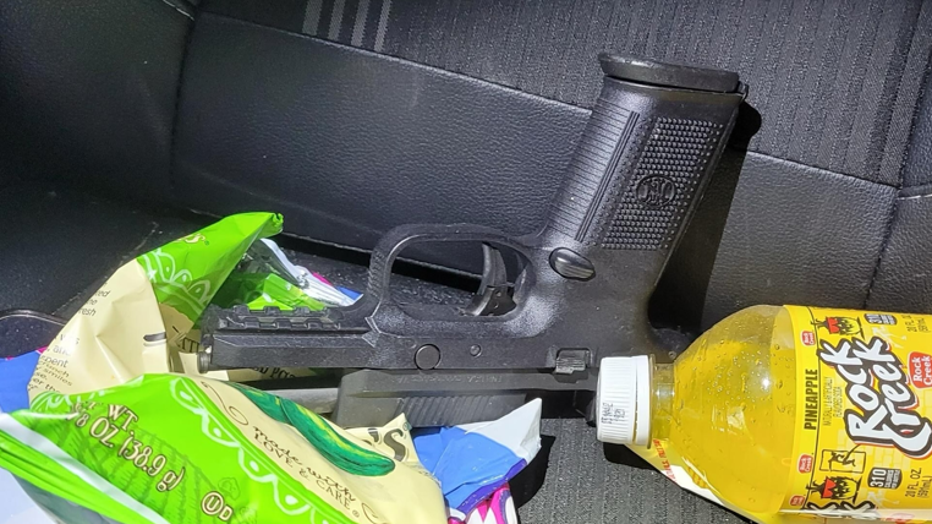 The D.C. police officer involved in the shooting has been placed on administrative leave, while the bodycam footage from this incident is currently under review.