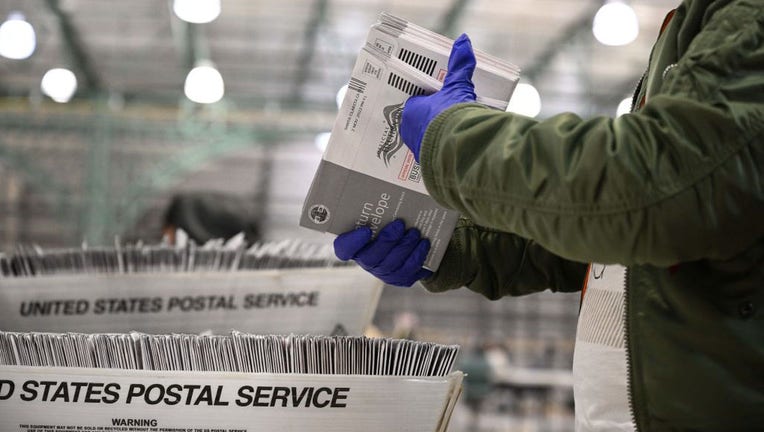 Election workers prepare vote by mail ballots at the Los Angeles County Registrar vote by mail operation center in City of Industry, California, on November 4, 2022, for the midterm elections on November 8. (Photo by Robyn BECK / AFP) (Photo by ROBYN

With Election Day just hours away, many Americans are mapping out how to spend their day at the poll. But a sizeable number have already voted.

Absentee or early voting allows citizens to vote before Election Day by mail or drop box. Although every state has some form of early voting, rules differ. Some require voters to request an absentee ballot for a specific reason; others allow anyone to participate.

The use of mailed ballots soared during the 2020 election amid the COVID-19 pandemic. All states have their own laws when it comes to handling absentee or mail ballots, with some even proposing changes in this coming election.

Here is a look at the different laws for processing and counting early ballots.

All ballots cast by mail or drop box go through two further steps: processing and counting.

Processing includes verifying the ballot’s legitimacy and preparing it to be counted. Counting means the vote has been tabulated.

When these procedures can start varies state-to-state. Some places can get a head start, while others have to wait until Election Day itself, which can make some vote counts long and chaotic.

Some states can start processing ballots as early as three weeks before Election Day. Counting can even start in some states ahead of poll closings, too. 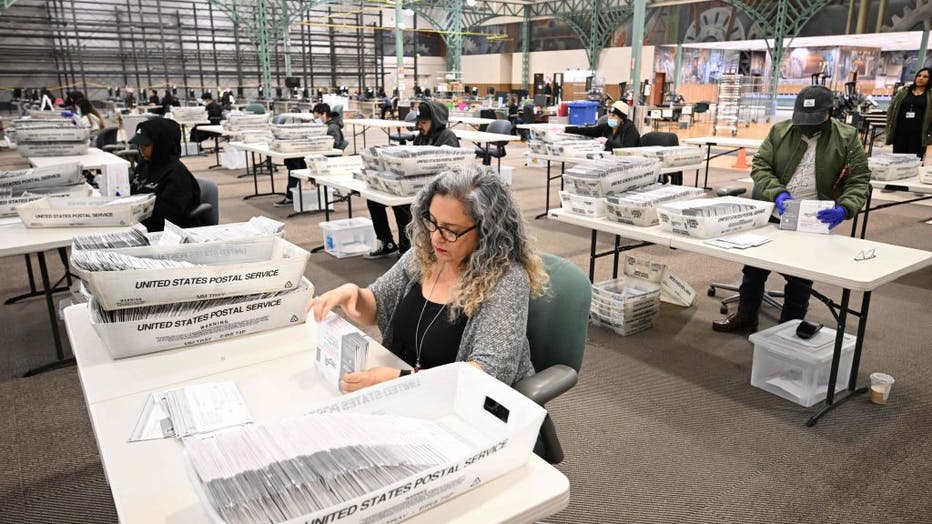 Election workers prepare vote by mail ballots at the Los Angeles County Registrar vote by mail operation center in City of Industry, California, on November 4, 2022, for the midterm elections on November 8. (Photo by Robyn Beck/AFP via Getty Images)

Processing means different things in different states, but some form of it is allowed in 39 states prior to Election Day, according to data gathered by the National Conference of State Legislatures.

The tasks that are allowed differ from verifying signatures, to removing ballots from the outer envelope, to running ballots through the machine but not hitting the "tally" button yet.

Eight states can begin processing the morning of Election Day, while a few outliers have their own rules.

Maryland does not permit the processing until 10 a.m. on the Thursday after an election, based on state regulation. And in Connecticut, Ohio, and Puerto Rico, the day on which processing may begin is not specified.

After the ballot is processed, it can be counted.

Only 10 states allow processing and counting to begin before Election Day, so these processes are already well underway.

Connecticut leaves the time for counting to the discretion of the local registrar of voters. In the Virgin Islands, counting begins after absentee ballots have been processed but the timeline is not specified, and Puerto Rico does not specify, according to NCSL.

The NCSL is a nonpartisan public officials’ association composed of sitting state legislators from the states, territories and commonwealths of the U.S. Their data on absentee and early mail voting is part of a July 2022 report on voting outside the polling place.

It’s possible — maybe even likely — that the outcome in several key contests may take days or even weeks to be finalized.

The reasons are many.

In Georgia, a candidate must earn at least 50% of the vote to win outright. Otherwise, the election goes to a Dec. 6 runoff. Strategists on both sides believe the state's Senate race, in particular, may do just that.

In other states, the process of counting votes can be long and complicated.

Under Arizona law, for example, all ballots must be returned by 7 p.m. on Election Day, but officials have 20 days to finalize their counts. In Nevada, counties have four days to count late-arriving mail ballots and give voters two more days to fix mail ballots that arrive in envelopes with errors or missing information.

In some swing states, including Pennsylvania and Wisconsin, officials are not allowed to begin validating mail ballots until Election Day. Nineteen states provide a grace period to receive mail ballots as long as they were sent by Election Day. Such ballots in California can be received up to seven days later.