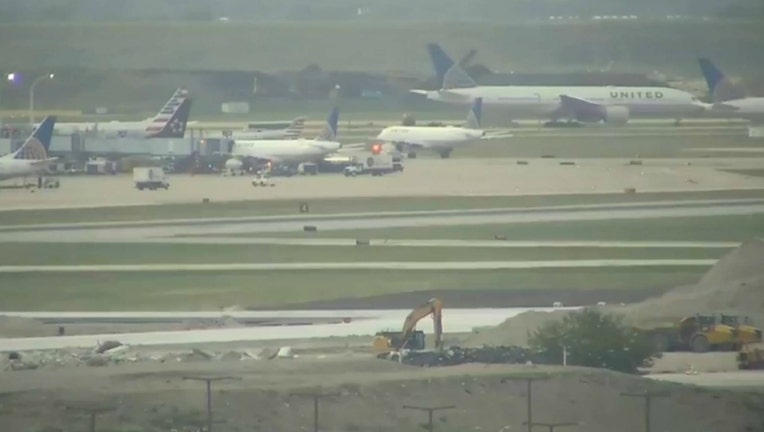 The United planes collided about 4:20 p.m., according to a spokeswoman for the Chicago Department of Aviation. No injuries were reported.

Flight 645, which was headed to Portland, Oregon, was delayed about two hours, according to United. Flight 2746 was headed to Cleveland, but was canceled.

The FAA is investigating the incident.