Two people are dead after a fiery crash in Aspen Hill Friday afternoon.

A third person was also severely injured in the crash.

Police and emergency crews responded to the scene after the crash was reported around 5:29 p.m., police say. 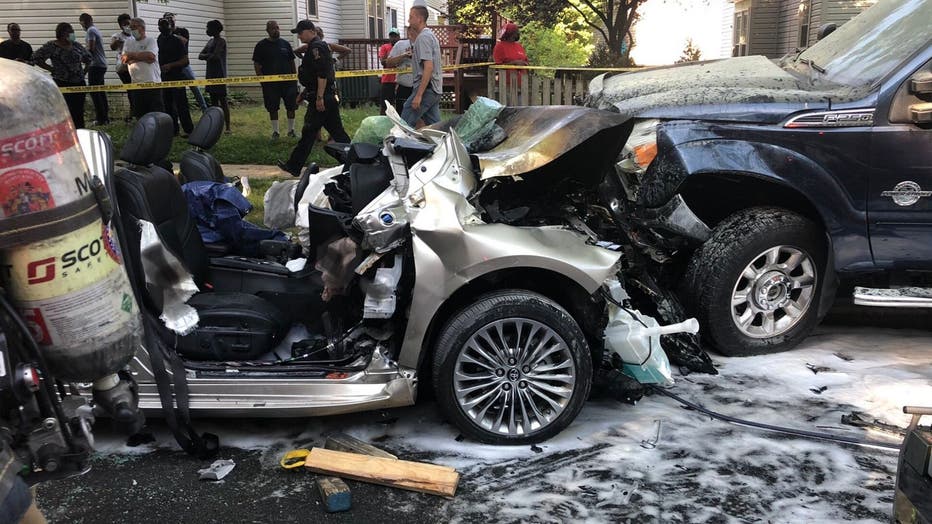 Montgomery County officials say a 2018 Toyota Avalon crashed into an unoccupied parked car – and three occupants were trapped or pinned in their vehicle near Park Vista Drive and Hatteras Way.

They say the car crossed the double yellow line before hitting the parked car.

Emergency crews were able to pry all three people free of the vehicle.

Police say the two passengers died at the scene. They were identified as 78-year-old Martha Luise Ross and 91-year-old Joan William Jenkins of Leisure World.

The driver was taken to the hospital with serious injuries. He was identified as 86-year-old Karl Neil Ross of Leisure World.