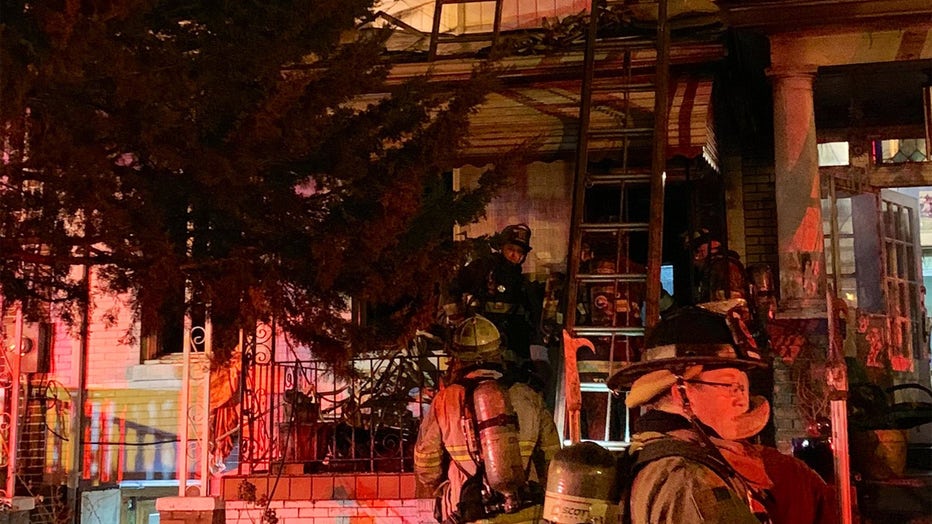 Officials say two adult were transported to a nearby hospital where they later died. Authorities say one firefighter was injured in the fire. Some damage was also reported to the adjacent home.