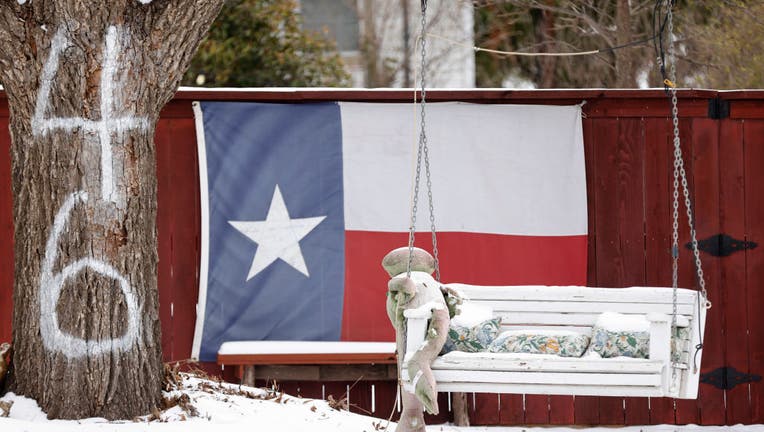 FORT WORTH, TX - FEBRUARY 18: A swinging bench hangs from a tree after a snow storm on Feb. 18, 2021 in Fort Worth, Texas. (Photo by Ron Jenkins/Getty Images)

Over 14 million Texans still do not have access to safe and clean water as officials maintain a boil water notice in 190 counties following a devastating winter storm.

The Texas Commission on Environmental Quality (TCEQ) continued to issue the notice even as some water systems continue to stabilize following the historic storm's damage across the state.

TCEQ personnel are working with local officials to bring wastewater systems back online. Until then, the commission will continue to issue boil water notices, which advise residents to either drink bottled water or boil tap water because community water is or could be contaminated.

"TCEQ is doing everything we can to support water systems as they recover from this weather event," said TCEQ Executive Director Toby Baker. "We understand that it’s tough to be without water, or to have to boil it before consuming it, because we’re experiencing it firsthand alongside so many Texans."

President Biden announced Saturday that he declared a major disaster in Texas and ordered federal assistance to aid local and state recovery efforts.

The statewide power outages caused a number of instabilities in other systems, including water systems and water treatment facilities. As many as 4 million homes were without power at the peak of difficulty.

Boil water notices are expected to remain in place for the rest of the week as local and state authorities work to fix all issues.

Despite these outages, some residents saw incredible spikes in their power bills, with one family reporting a bill of $17,000 for three meters over five days of use, Fox 26 Houston reported.

"We are moving quickly to alleviate this problem and will continue to work collaboratively throughout this week on solutions to help Texas families and ensure they do not get stuck with skyrocketing energy bills," Abbott said of the meeting.

The legislators reportedly focused on how to quickly calculate the total cost of new energy bills and what the state can do to reduce the burden on residents.