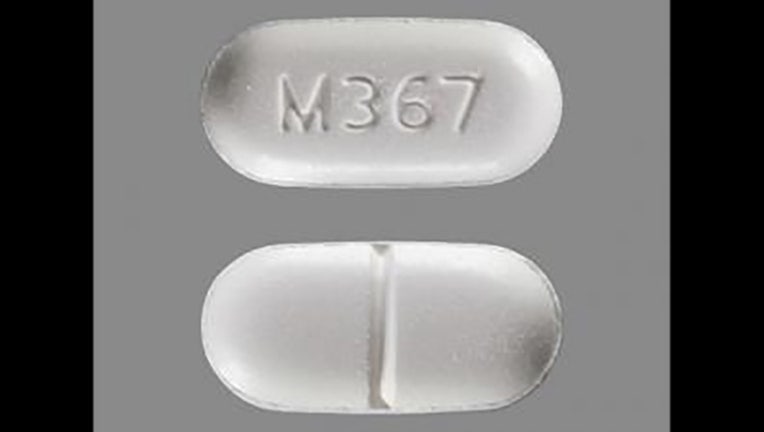 SAN FRANCISCO - Fourteen people in the Sacramento, California, area have fatally overdosed on a pill disguised as a popular painkiller, and now the drug has turned up in the San Francisco Bay Area.

Bay Area hospitals have treated seven patients who ingested what they thought was the painkiller Norco in recent weeks, according to a report released Tuesday by the U.S. Centers for Disease Control and Prevention. The patients all survived, though at least some experienced nausea, vomiting and difficulty breathing.

The pills were adulterated with fentanyl, the powerful opioid.

Law enforcement officials investigating the source of the pills will be looking to see whether the Sacramento and Bay Area cases are connected, said Casey Rettig, a Drug Enforcement Administration special agent based in San Francisco.

She said she could not discuss details of the DEA's ongoing investigation, but she noted that the Bay Area and Sacramento County illnesses occurred around the same time and that pills in the two areas had the same markings.

"It is our number one priority based out of San Francisco," she said of the investigation. "We definitely want to connect the dots where we can."

Rettig said she was not aware of other cases in California or elsewhere in the country in which fentanyl was sold as Norco.

Norco is a painkiller that contains acetaminophen and hydrocodone. Hydrocodone, also an opioid, is among the most abused prescription drug ingredients in the country.

Fentanyl abuse is also a problem around the country. On the East Coast, dealers have laced heroin with fentanyl and sold fentanyl as heroin, Rettig said. The drug is made in China, sent to Mexico and smuggled across the border, she said.

The pills ingested by the seven Bay Area patients also contained promethazine, said Kathy Vo, a medical toxicology fellow at the University of California, San Francisco who co-authored the CDC study. Promethazine heightens the high that an opioid can provide, Vo said.

Friends and street dealers were among the sources of the pills for the California overdose patients, officials said.