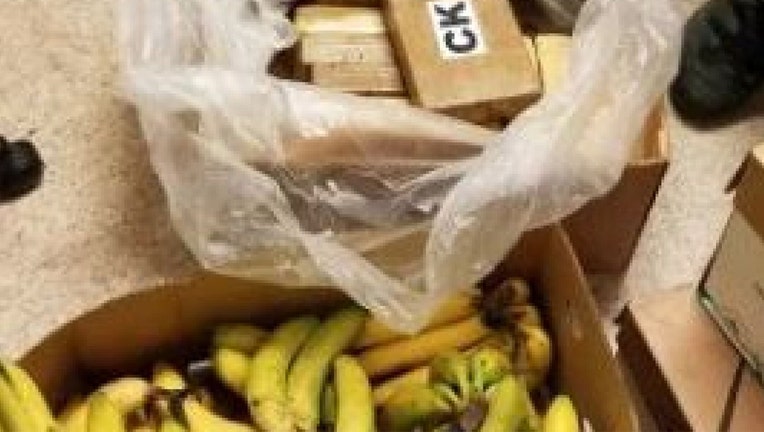 More than $1 million worth of cocaine was found in boxes of bananas shipped to Safeway stores in Washington state (King County Sheriff's Office).

WOODINVILLE, Wash. - Officials in Washington state have opened an investigation after employees at three Safeway stores reported finding over $1 million worth of cocaine that was hidden in boxes of bananas.

The contraband was first reported at a Safeway in Woodinville, about 20 miles northeast of Seattle, on Sunday, the King County Sheriff’s Office said.

Employees were opening a box of bananas and found 22 kilos of cocaine – the equivalent of over $550,000, according to investigators.

Later that day, employees at a Safeway in Bellingham – in northwestern Washington, near the Canadian border – found about 23 kilos of cocaine while unloading banana shipments, Q13 Fox reported.

Additional cocaine turned up in banana shipments at a Federal Way Safeway, but the total amount was unclear.

The origins of the cocaine remained a mystery.

“We do know it was all shipped from a central warehouse, but we don’t know where it originated yet, so that’s a work in progress,” said Sgt. Ryan Abbott of the King County Sheriff's Office.

The Drug Enforcement Agency (DEA) was handling the investigation, he added.