Get ready for falling temperatures around the D.C. region as we track a weekend winter storm that could bring a snow, rain mix to the area Saturday.

WASHINGTON - Despite one minor snow event back on January 7th, winter has so far been pretty kind to us. In fact, since the winter solstice back on December 21st, D.C. has only had one single day where temperatures have failed to hit the 40° mark. Temperatures have exceeded 50 degrees on twenty of the past twenty-seven days, with four of those days above 60 degrees, and two above 70 degrees. The winter started with a winter break of sorts so to speak, but we are in for a little reality check later on Thursday evening, as winter cold finally returns to the D.C. region. 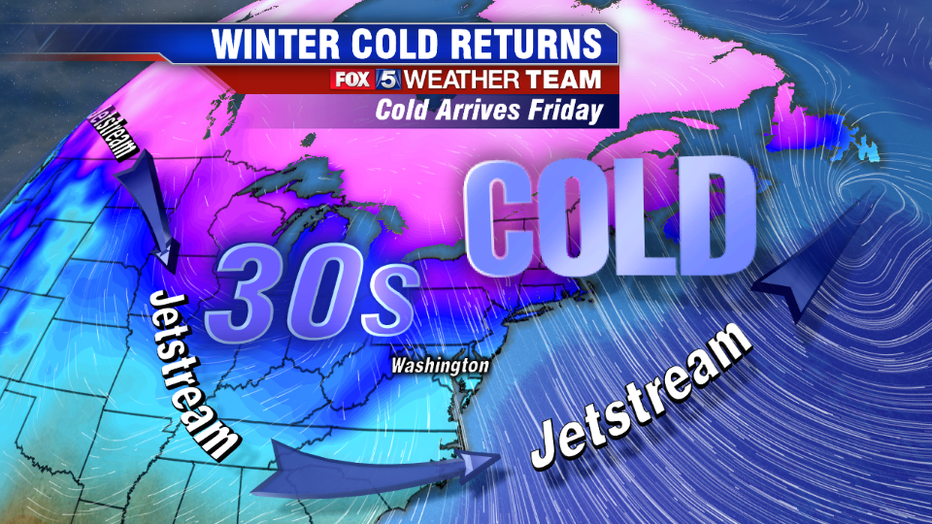 By Friday morning, widespread temperatures in the 20s with wind chills in the teens will have a little extra bite to them after being relatively mild for so long, with high temperatures expected to stay in the 30s for only the second time since winter began. One thing we will not lack on Friday though is sunshine. It will be a nice looking, dry day even if it will not be the nicest of feeling days. It is as the cold air starts to give a little bit on Saturday that we have to be on guard for some winter weather moving back into our region. 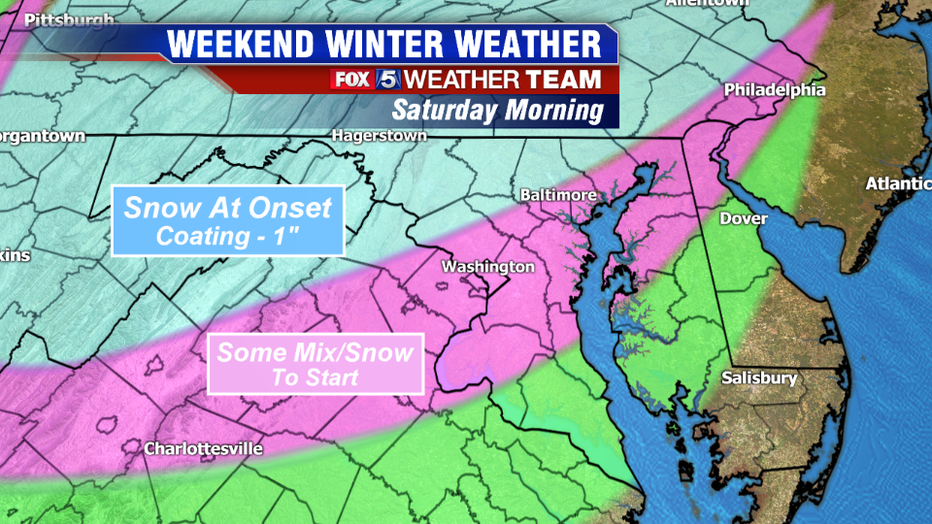 Precipitation is expected to move in on Saturday morning, likely sometime between 8-11am depending on where you live. Earlier this week, it looked like the initial wave coming through during the morning could bring in some heavier precipitation, leading to the threat for a snow thump across most of the region. In subsequent days though, weather models have pulled back from the intensity of precipitation at onset. Precipitation rate is key during the morning time frame, because the air in the morning will be very dry. If we were to force a lot of moisture into it, it would have caused temperatures to drop drastically and raised the risk of accumulating snows. 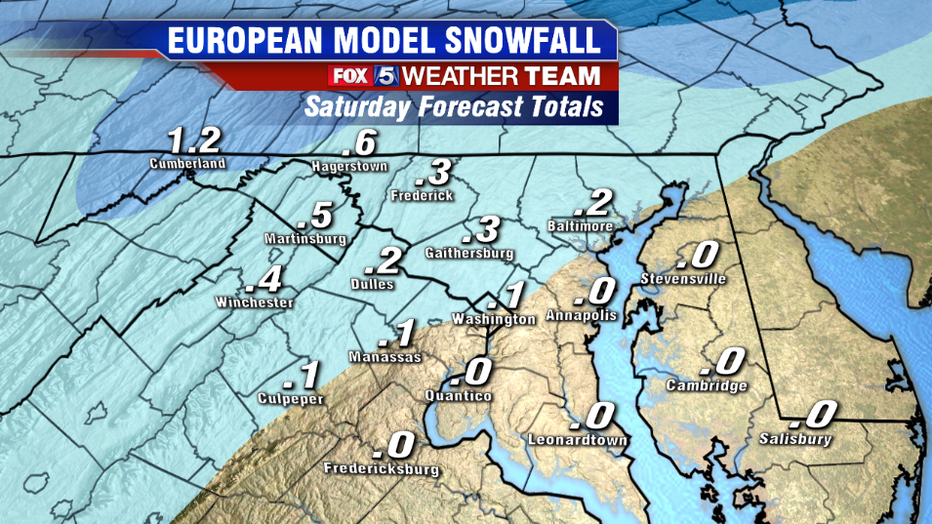 Since the precipitation is now expected to be lighter, that should cause it to start as more of a mixture at onset here in D.C. and help reduce the risk of accumulations near the beltway. North and west, where temperatures are expected to be colder during the morning, could start of as a steady light snow. Some areas in the Maryland & West Virginia Panhandles could pick up a quick coating to an inch of snow in some spots. Due to the cold around the region preceding the event, untreated roadways could become covered as well, so travel could become hazardous in some spots. 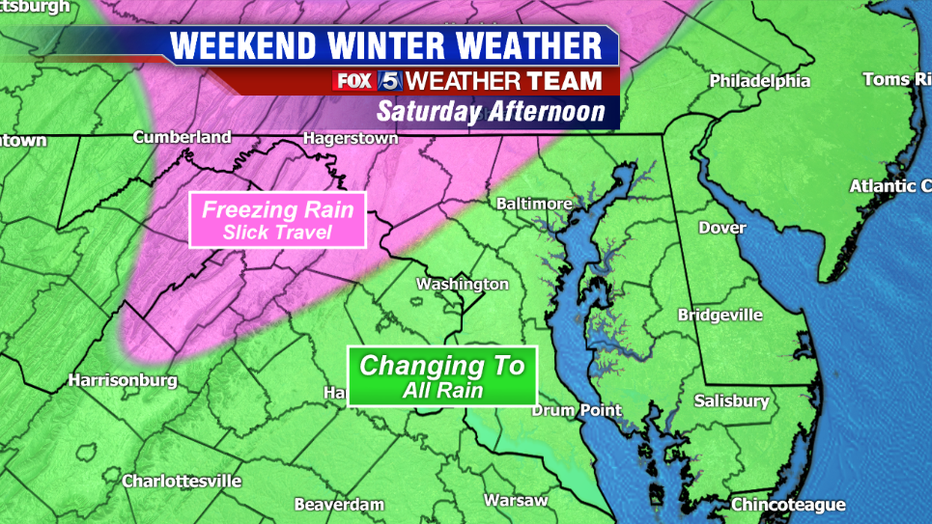 By the afternoon, warmer air will start to move in aloft as the storm system intensifies to our west. Any mix should transition over to rain in D.C. and along the I-95 corridor, as temperatures at the surface rise into the lower 40s. To the north and west, where cold air could linger at the surface for longer, freezing rain leading to icy roadways will be a major concern. Those traveling should use extra caution in these areas. While at the end of the day we are not expecting too much snow on the ground, Saturday will still not be a great day outside in general. Rain is expected to be steadiest between the mid-afternoon and late evening hours. As skies clear and temperatures drop again into Sunday morning, we will have to watch out for some refreeze issues from the fresh rainfall, even close in to the beltway area. 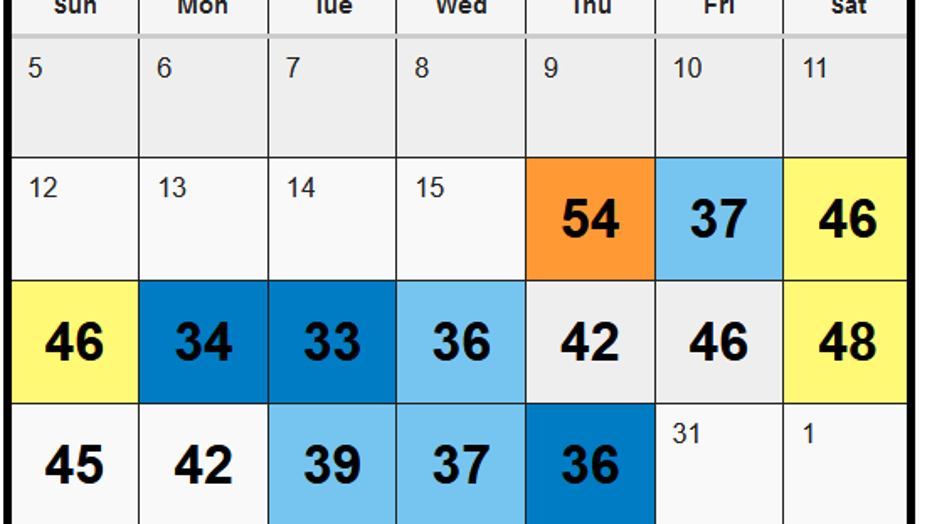 By Sunday afternoon, sunshine should help warm the region into the 40s, although this will come with a gusty northwest wind that will bring in some colder air by the evening hours. We will welcome the Martin Luther King Jr. Day holiday with some of the coldest temperatures of the winter so far on Monday. The extended forecast is not showing any signs of any big warm-ups in the near future either. So it appears that this time around, winter is here to stay for a little while.