It’s a seasonably chilly morning, but we expect temperatures to start ticking up a bit this afternoon as a warm from pushes in from south to north.

That can be a slow process this time of year, but by mid to late afternoon temperatures under partly sunny skies should range between 50 and 56.  There is a slight chance of showers through the evening.

The unseasonable warmth arrives Saturday, and it may be a record breaker! 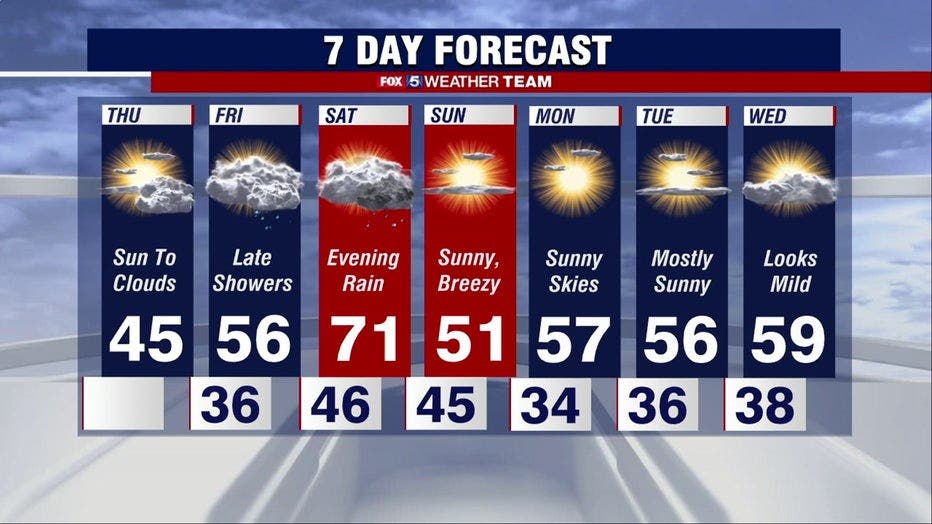 We’re forecasting temperatures to range between 68 and 72 despite a good amount of cloud cover. (The record in DC is 72 set in 1979.). The daylight hours are breezy, and later in the evening a line of gusty showers and possibly a thunderstorm will move from west to east through the metro area.  The main threat would be gusts up to 40 mph.

Sunday is much cooler after the strong front moves through late Saturday.  Expect plenty of sun but temperatures only near 50.