WASHINGTON - A pocket of moderate snow was lifting north across the Fredericksburg area as of 1:30 p.m. While the air was dry, it won’t be long before snow gets going across the area, with any initial snow that evaporates on the way down working to cool the atmosphere further.

We’re expecting moderate snow to be present across the Beltway by 3:30 p.m., with pockets of heavy snow in the 4 to 5 p.m. window. The heaviest, which could fall at a rate of an inch or more per hour, will come through between 5 p.m. and 7 p.m. in D.C. proper. An isolated flash of thundersnow can’t be ruled out. 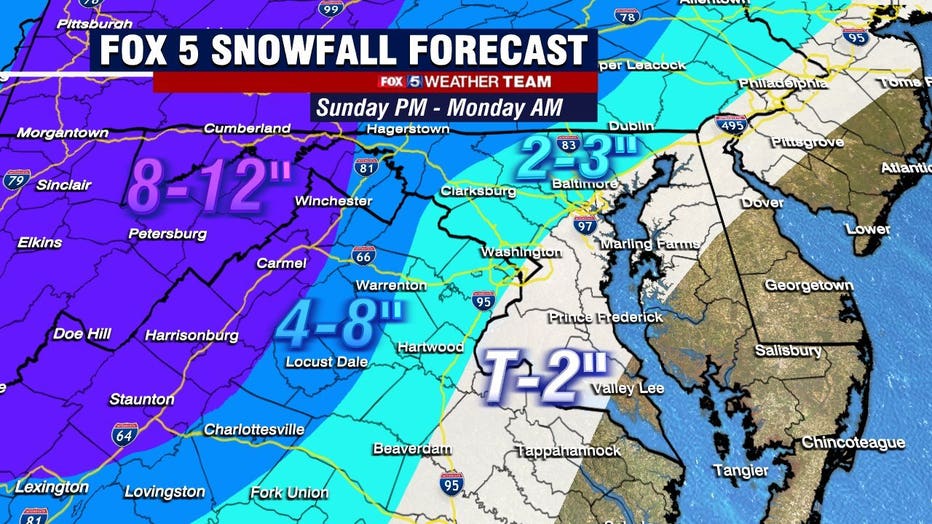 After the front-end thump of snow, which will total 2-4 inches within the Beltway, we’ll see a brief flip to sleet and freezing rain in D.C., which should last until 9 or 10 p.m.. A glaze of ice is possible, resulting in dangerous driving conditions. Areas to the west will see a delayed arrival of mixing, leading to greater snow totals, especially in the Blue Ridge and Alleghenies. Up to a quarter inch of ice accretion is possible there. Freezing rain is the most dangerous form of precipitation.

Get The Latest Updates From The Fox 5 Weather Team

As temperatures at the mid-levels of the atmosphere warm, expect a transition to all rain by 10 p.m. or 11 p.m. in D.C., if not sooner. That may wash away much of the initial snow. Heavy downpours and brief gusty winds are possible through the early hours of Monday morning. 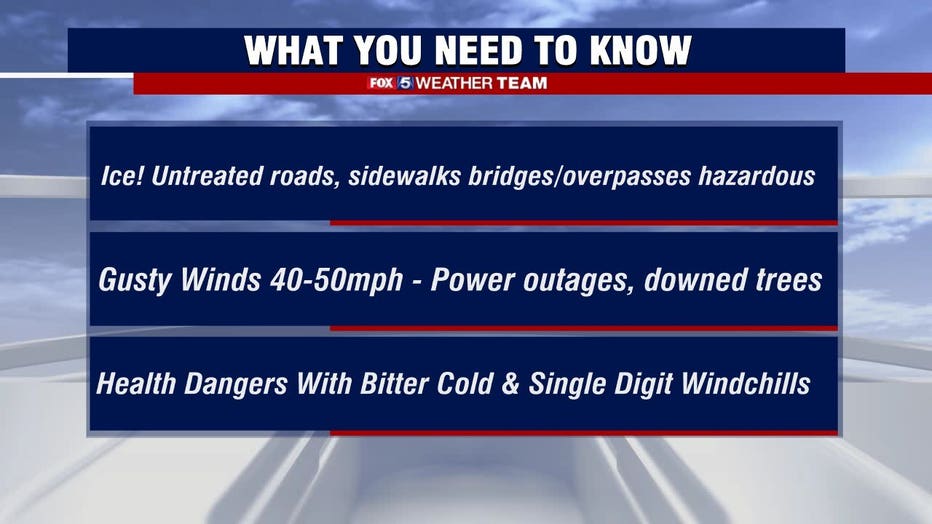 A "dry slot" in the larger storm system works through from southwest to northeast overnight, spelling an end to precipitation. 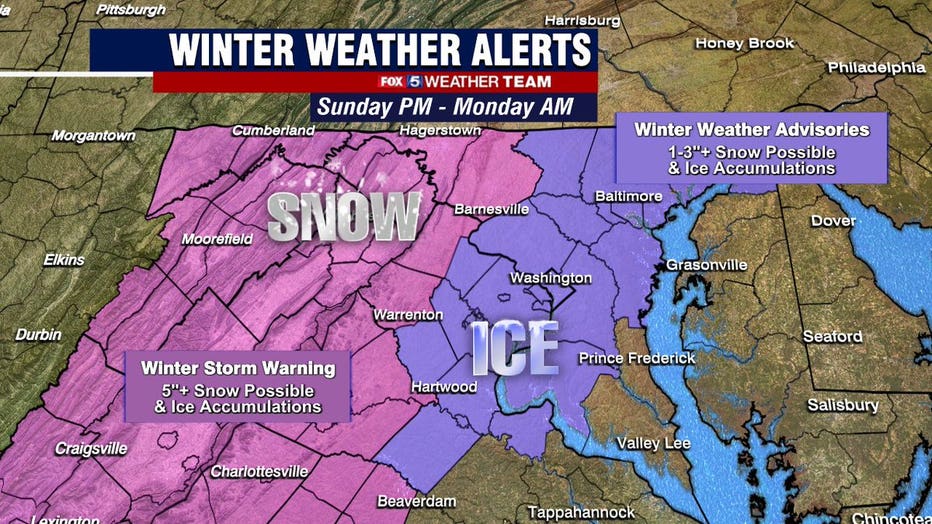 Martin Luther King Jr. Day will be mostly cloudy with highs in the upper 30s west to lower 40s in the District. That will foster some melting. Monday night will yield temperatures in the 20s, which will cause any of what has melted to refreeze. Roadways will be slick and hazardous on Tuesday morning.

We’re tracking an additional system towards the midweek.