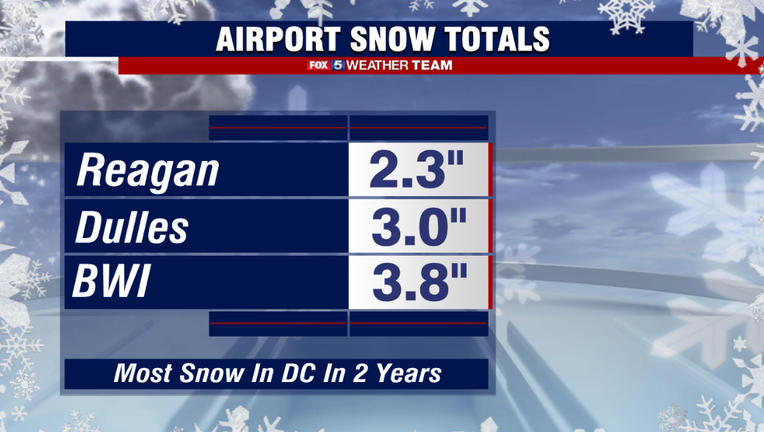 WASHINGTON (FOX 5 DC) - Sunday in my opinion was almost the perfect snowfall. Light but steady most of the afternoon, enough to drape everything in a layer of white to give that "winter wonderland" look, sled in, and have fun without causing mass chaos. Region wide, it was a generally 2-5" of snow for the DC region.

D.C. itself finally picked up some decent snowfall, with 2.3" falling as of midnight. This was enough to make it DC's biggest snowfall in about 2 years.

Part two of the storm comes today, as the Midwest storm system that bought Sunday's snow weakens and a new storm system, a developing nor'easter, strengthens off the coast of the Mid-Atlantic.

Futurecast suggests as it does so, the radar will begin to fill back in from north to south. The best chances for additional snowfall in the DC region will come between the hours of noon and 8 pm today. 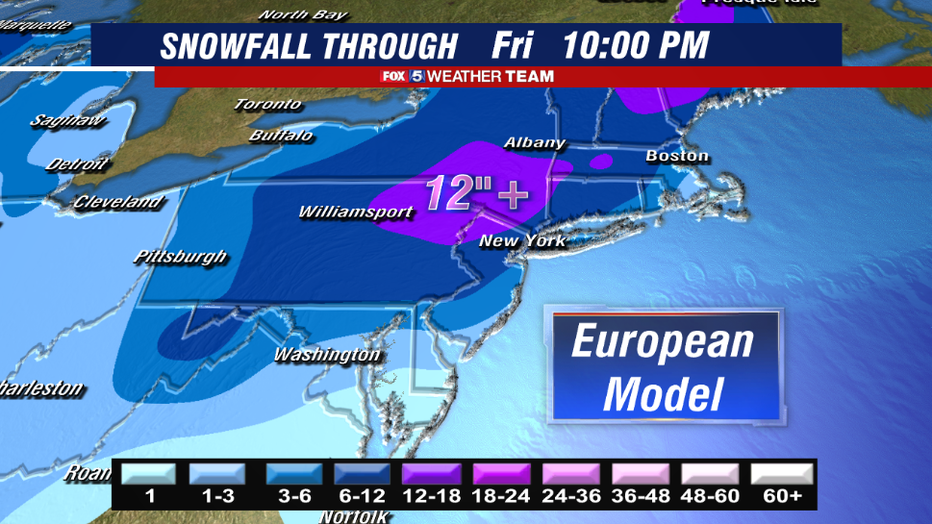 The key to the forecast today though has been where this coastal system would develop, and how strong would it get while it was traversing our local coastline. Compared to guidance late last week which was aggressive with snowfall here today. Models have since pulled back though, as the storm developed a little farther to the east and a little weaker than forecasted so far this morning.

As a result, it will do the bulk of it's strengthening to our north, which means the heaviest snows will fall to our north as well. The nor'easter is expected to bring 1-2 feet of snow to parts of northern Pennsylvania and New York over the next couple of days. 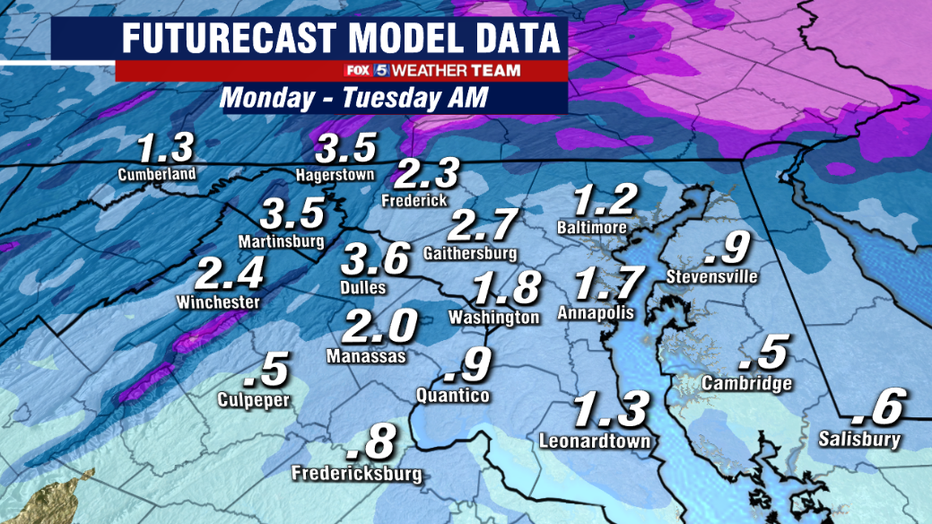 On the southern part of the system, where the DC region will be, snow should remain light with the steadier snow bands being more scattered as opposed to widespread.

Futurecast does suggest that parts of our region could pick up another inch or two. With temperatures remaining mostly below freezing this afternoon and evening, that would be enough to coat the roads once again in areas that do see the snow, so travelers please be careful. 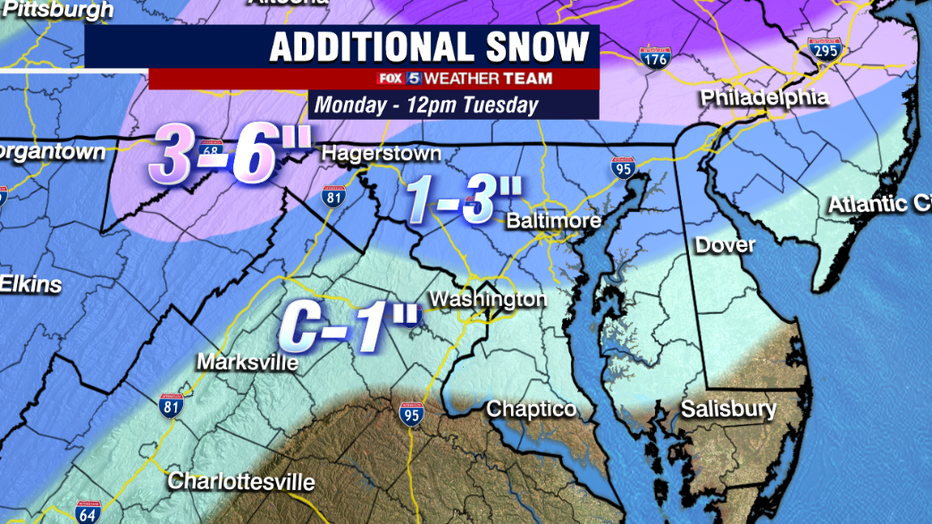 Our expectations have shifted in accordance with the latest guidance for additional snowfall today. With highest totals for northern zones while snow accumulations are lighter and more scattered the farther south you go. 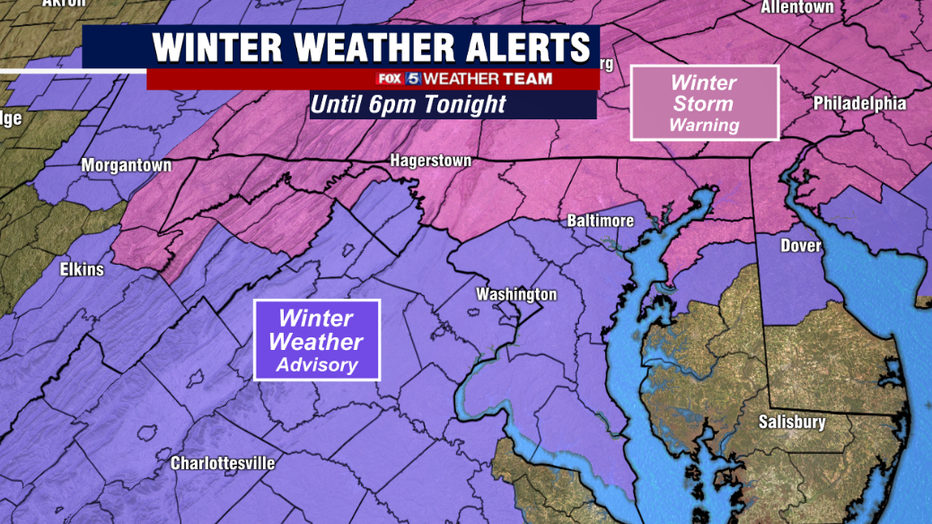 With lesser snows expected this afternoon, Winter Storm Warning's were dropped for the immediate DC region. They were replaces with winter weather advisories which will remain in place until later this evening.

Areas that have the threat of picking up a little more snowfall near the Mason-Dixon Line remain under winter storm warnings however, as this is where the threats for some of the more moderate bands of snow still remain. 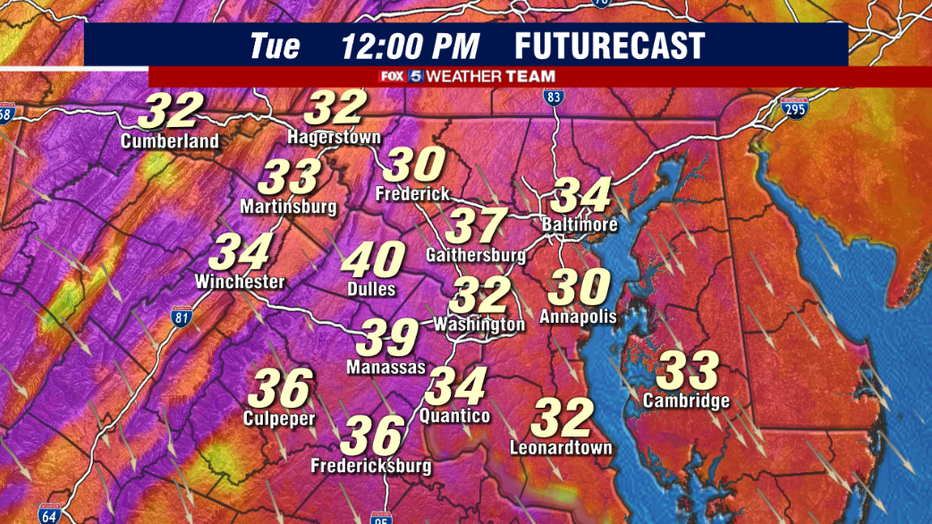 Overnight tonight, with temperatures expected to remain below freezing, we do have to watch our for icy spots and slick conditions again on your Tuesday morning across the DC region. The threat for snow showers and snow flurries will remain in the forecast through Tuesday as well, though no additional accumulations are expected.

The biggest story of Tuesday will actually be the winds. Gusts could exceed 40mph at times and that will keep those reel feel wind chill values down in the teens and 20s for most of the day. With snow and ice still likely on trees, those gusty winds could also bring down some tree branches in some of our neighborhoods. 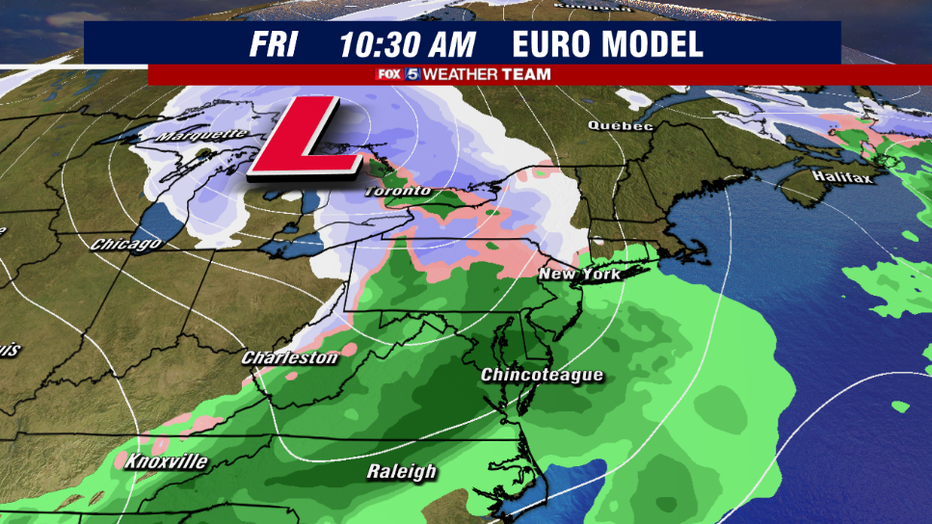 Looking ahead at the rest of the week, the DC region will see a warming trend through the end of the workweek. Temperatures could return to the 50s by Friday in fact, which is the day the next storm system will approach our region. All indications are that this storm will pass well to our northwest though, putting us squarely in the rainfall region of this next storm. 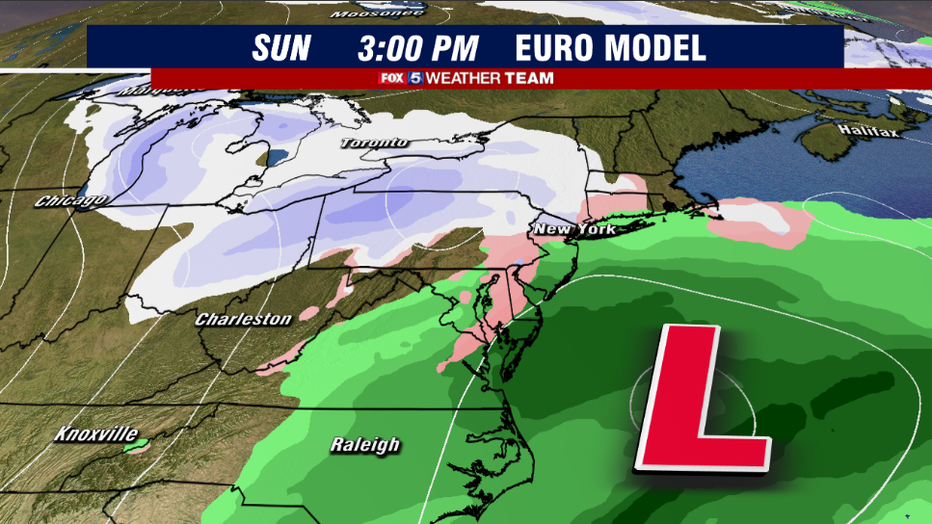 Beyond that, weather model do indicate the risk for perhaps another coastal system by the end of next weekend, and a very cold start to the next workweek, but with the systems so far away in the forecast period, confidence is very low. Just know it is something we are monitoring!

At the very least, all indications are that the Polar Vortex will remain split, which means the pattern will remain stormy and active, through at least the first half of February. As February is typically our snowiest month of the year, we do not believe we have seen the last of our snow risks this winter.