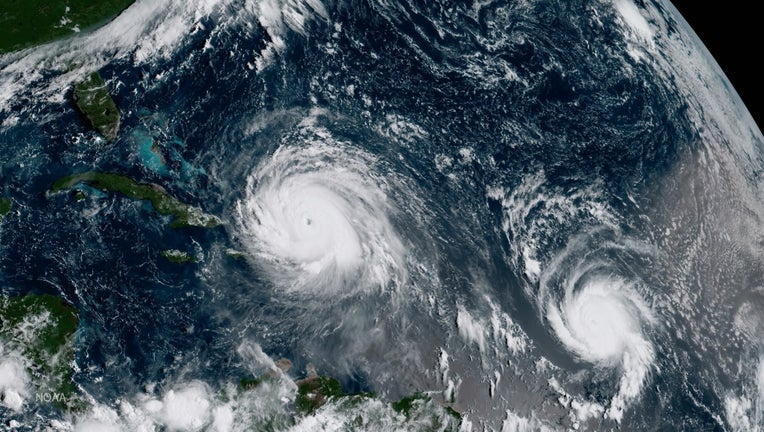 (FoxNews.com) - As Category 4 Hurricane Irma commands most of the media attention this week, two other hurricanes - Jose and Katia - have been gathering strength as they threaten landfall.

Irma has been slamming Caribbean islands and was projected to reach Florida over the weekend. But Hurricane Jose has officially been classified a Category 4 storm, and Hurricane Katia was set to slam into Mexico early Saturday.

Jose is reportedly following a path similar to Irma's and could potentially hit the same Caribbean islands that were devastated by Irma days ago, the National Hurricane Center said. Antigua and Barbuda were alerted of possible "life-threatening flooding" due to Jose.

The center previously said Jose had sustained wind speeds of 60 mph, but recently became "a little bit stronger" - with winds reaching 150 mph as of Friday morning.

Meantime, Hurricane Katia was threatening to make landfall early Saturday in the state of Veracruz in Mexico.

Katia, classified as strong Category 2 hurricane and edging toward Category 3 status, has sustained winds of 100 mph, according to a Friday morning advisory. Hurricane warnings suggest rainfall from Katia could result in "life-threatening flash floods and mudslides, especially in areas of mountainous terrain," the National Hurricane Center said.

Katia is currently about 160 miles from Tampico, Mexico.