BETHESDA, Md. (FOX 5 DC) - Winter officially began on Dec. 21, and the new season certainly lived up to its namesake across much of the United States.

A split in the Polar Vortex led to one of the strongest cold air outbreaks in years, coinciding with one of the biggest storms of the year with winds across the Midwest and Great Lakes that grounded flights and continue to impact travel to this day.

This led to D.C. breaking a long-standing record high minimum for the day. By high-temperature standards, 2022 was the coldest Christmas Eve on record.

There is a legitimate chance that the coldest air mass of this entire winter season will be what we just went through. Although this does not mean that winter is over already by any stretch of the word. 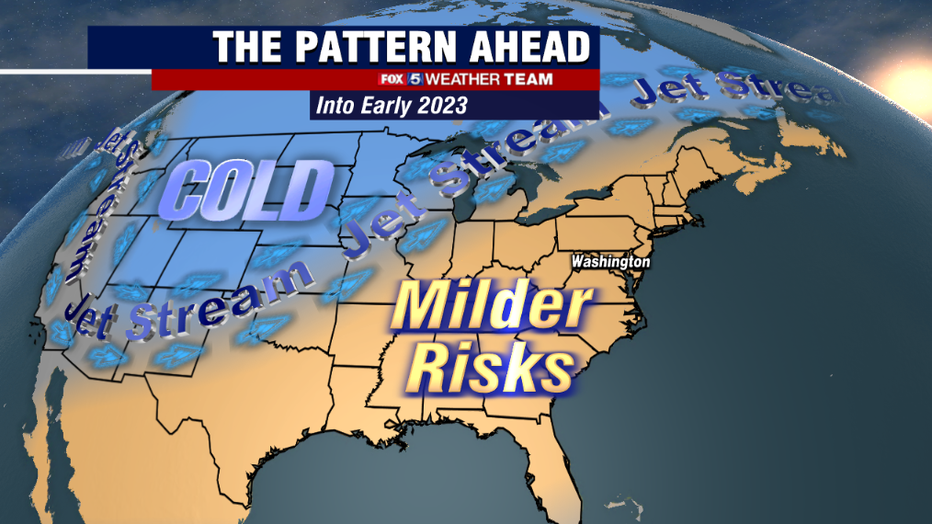 In the short term, temperatures have begun to rebound. On Wednesday afternoon, D.C. crossed the 50 °F threshold for the first time in just about five days, with more sunshine and 50s expected for Thursday.

The reason? The Polar Vortex, responsible for the major cold air outbreak which killed at least five dozen people over the past week, has retreated northward to the polar region.

In its wake, a ridge of high pressure takes hold of the eastern half of the country and is expanding eastward, forcing the jet stream north and inviting warmer air from the tropics to push northward. By New Year's Eve, parts of our region could be pushing 60°. 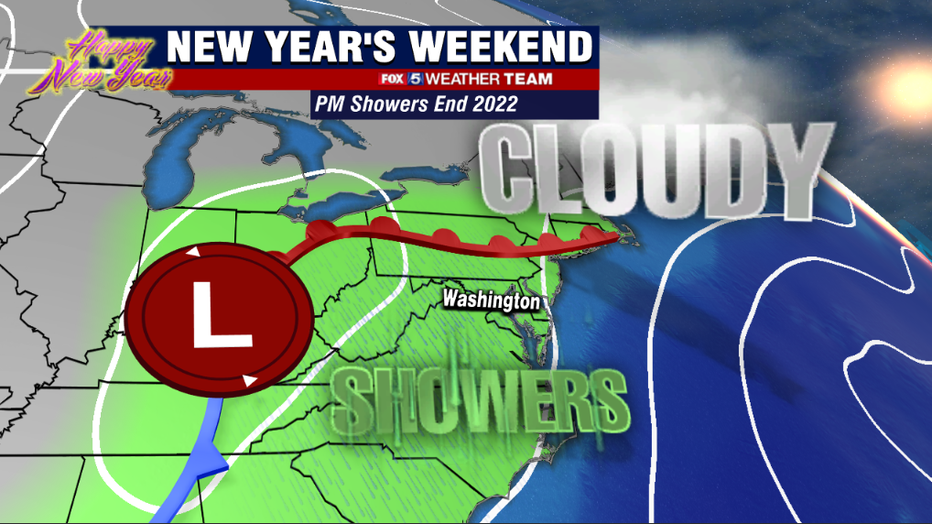 With the additional moisture, sunshine will eventually give way to clouds throughout the day on Friday, with a warm front expected to push through the region late Friday night into the early morning hours of Saturday, bringing the risk of scattered showers into the forecast.

These should remain in a hit-and-miss variety through the sunset hours when a weak cold front approaching from the west brings an additional slug of moisture into the region. Models are still debating whether this will be in the form of more widespread, but scattered showers or a steady batch of light rain across the Mid-Atlantic region, but models are in general agreement that those waiting up to celebrate the midnight hour, may have to do so with umbrellas. 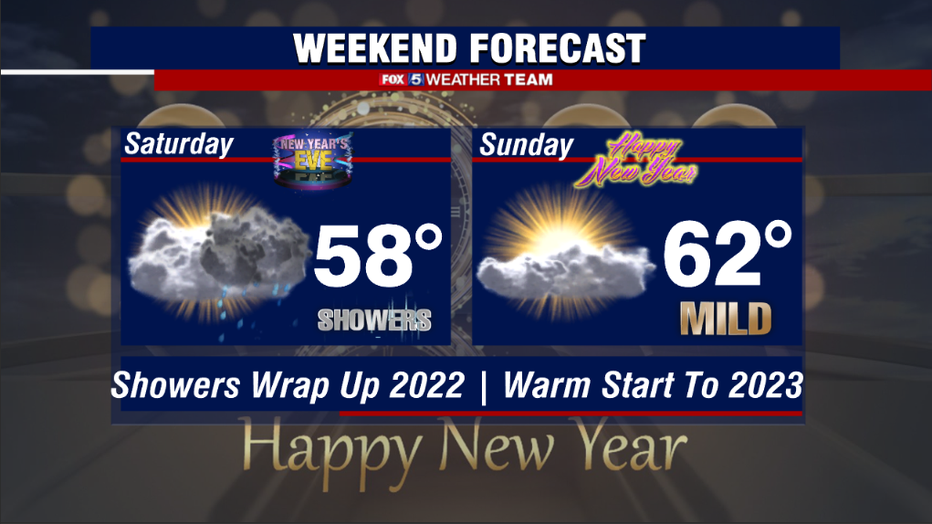 Even with the rain, temperatures are still expected to be on the mild side. Parts of the region could get close to 60° on New Year's Eve, while many should cross that mark on New Year's Day.

Sunday should bring clearing skies to coincide with those mild temperatures. This is great news for those traveling to FedEx Field to see the Commanders take on the Browns, as the forecast looks dry with partial sunshine. Essentially, the exact opposite pattern of the weekend prior. For those who enjoy their winters on the mild side, the mild weather looks to continue right through at least the first week of 2023. We could have more 60°+ days in the first week of the year than we had in the entire month of December here in the District.

One thing that seems to be true in every D.C. winter is the wild swings that we go through. It could be 70° one day, with snow seemingly in the forecast the next.

The latest model projections show the next Polar Vortex displacement, though not a full breakage, sometime between the second and third weeks of January. This means we should start to see the pattern turn colder again by the middle of the month. 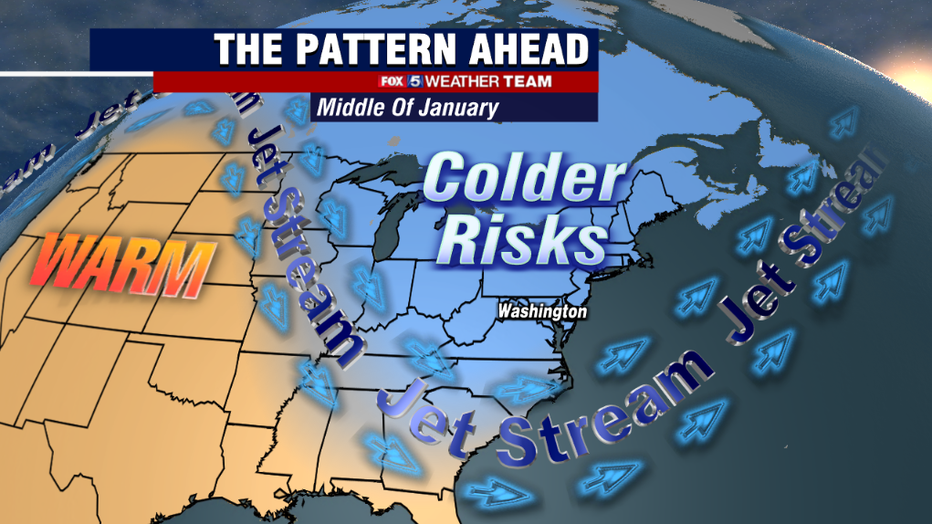 How prolonged it will be and how intense it will be, remains to be seen, however.

The big question, of course, is whether it comes with any snowfall chances. Remember 74% of the annual snowfall for D.C. falls after Jan. 15.

February, despite being the shortest month, is historically the snowiest as well with the city averaging over five inches of snow for the month. While it is impossible to say whether the next cold outbreak will bring better odds for snow, historical data would at least suggest that it could be more favored climatologically. So far this winter, D.C. has not picked up any measurable snowfall, however, despite some warm winters in the past, D.C. has never had a single winter without any measurable snowfall. So, we will continue to watch for more chances as the new year progresses.

Have a safe and happy New Year!