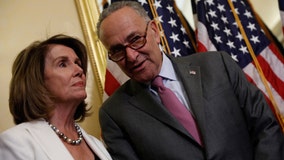 If President Donald Trump is serious about strengthening gun laws in the wake of two mass shootings, he should demand that Senate Majority Leader Mitch McConnell put a House-passed bill strengthening background checks up for a vote, congressional Democrats said Monday. 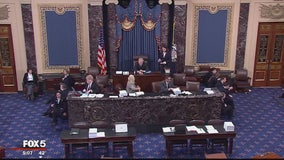 A splintered Senate swatted down competing Democratic and Republican plans for ending the 34-day partial government shutdown on Thursday, leaving President Donald Trump and Congress with no obvious formula for halting the longest-ever closure of federal agencies and the damage it is inflicting around the country. 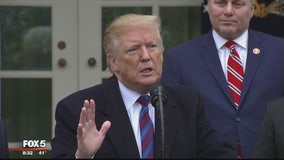 Former chairman of the Virginia Republican John Whitbeck, and Drew Littman, Democratic strategist and former Chief of Staff for Al Franken discuss stalemate over funding a wall at the border between Democrats and President Trump. 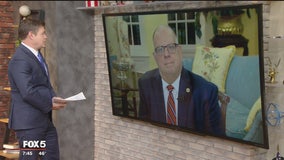 In an interview with FOX 5's Steve Chenevey, Gov. Larry Hogan called for an end to the 'political nonsense' and for both parties to come to a resolution to end the government shutdown. 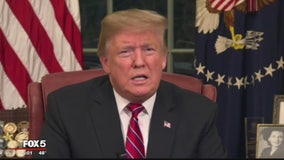 President Donald Trump urged congressional Democrats to fund his long-promised border wall in a somber televised address that was heavy with dark immigration rhetoric but offered little in the way of concessions or new ideas to break the standoff that has left large swaths of the government shuttered for 19 days. 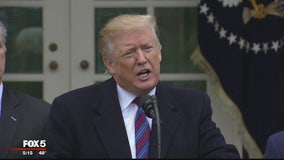 President Donald Trump declared Friday he could keep parts of the government shut down for 'months or even years' as he and Democratic leaders failed in a second closed-door meeting to resolve his demand for billions of dollars for a border wall with Mexico. 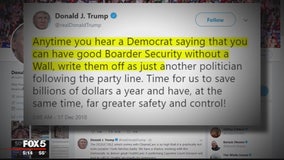 The standoff over President Donald Trump's $5 billion wall funds deepened Monday, threatening a partial government shutdown in a standoff that has become increasingly common in Washington. 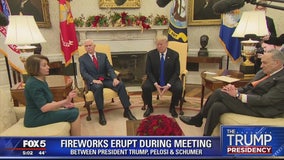 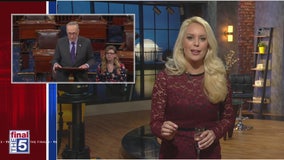 FOX 5's Britt McHenry tells us who is sleeping soundly and tossing and turning after the government shutdown ended on Monday, Jan. 22, 2018. 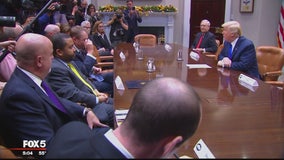 Senate Minority Leader Charles Schumer and top House Democrat Nancy Pelosi pulled out of a meeting with President Donald Trump after he attacked them on Twitter. 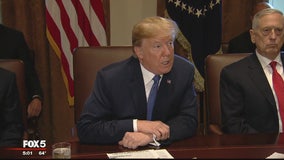