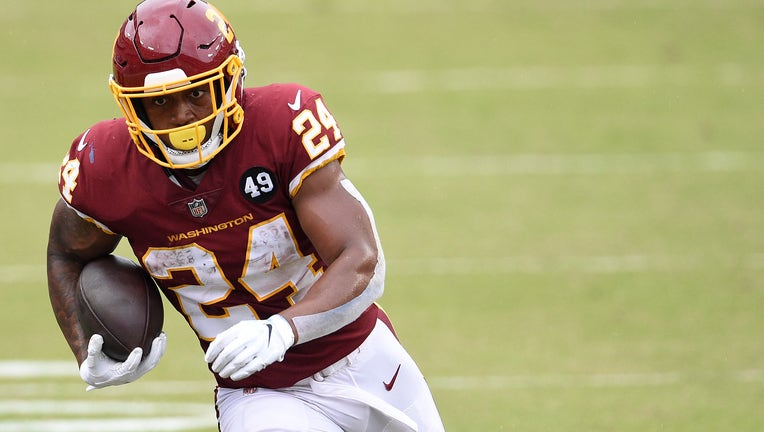 LANDOVER, MARYLAND - OCTOBER 11: Antonio Gibson #24 of the Washington Football Team runs with the ball in the first half against the Los Angeles Rams at FedExField on October 11, 2020 in Landover, Maryland. (Photo by Patrick McDermott/Getty Images)

WASHINGTON - While many Washington fans already want the 1-4 team to start tanking for star Clemson quarterback Trevor Lawrence, players on the team should be competing for something more personal today: Their pride.

Washington is in New Jersey today to take on the winless New York Giants.

And while the Giants have yet to win a game this season, they're still a three-point favorite Sunday, according to Vegas oddsmakers.

Quarterback Kyle Allen will get his second start of the season after being knocked out early last week against Los Angeles.

But most importantly, Walker says Washington players just need to fight for respect today against another struggling team. If for anyone else, themselves, he said.

Check out Walker's pregame breakdown below and be sure to catch the game live at 1 p.m. on FOX 5: