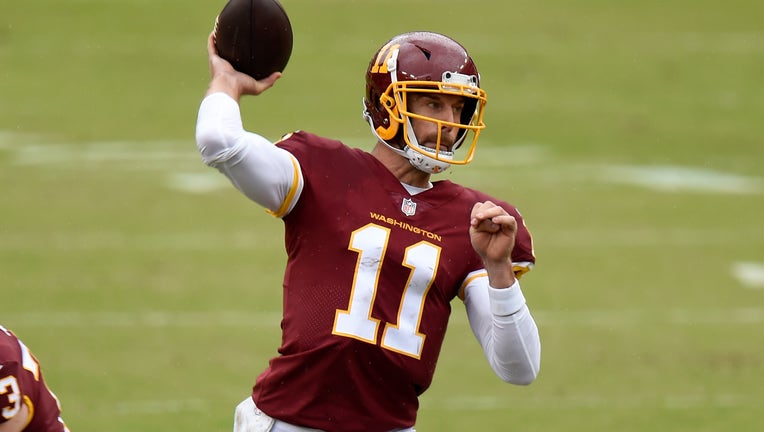 LANDOVER, MD - OCTOBER 11: Alex Smith #11 of the Washington Football Team throws a pass in the second quarter against the Los Angeles Rams at FedExField on October 11, 2020 in Landover, Maryland. (Photo by Greg Fiume/Getty Images)

The veteran quarterback came off the bench Sunday in his first return to NFL action since his devastating 2018 leg injury.

Smith, who was activated Sunday in the absence of former starter Dwayne Haskins, relieved Kyle Allen after Allen suffered an arm injury in the 2nd quarter.

Smith completed five of his six pass attempts and set up a field goal cutting Washington's deficit to 10 at halftime.

Smith continued to play the rest of Sunday's game against the Los Angeles Rams. He finished with 36 passing yards.

Returning to the field at all was once an unlikely outcome for Smith, who nearly lost his leg and says he nearly died after that gruesome injury in November 2018.

New quarterback, new life for Washington? Your Week 5 Keys to the Game