WASHINGTON - Baseball fans in the City of Brotherly Love were in for a rude awakening after tour buses sporting World Series champion Washington Nationals banners were spotted rolling through town over the weekend.

FOX 5 learned that Big Bus Tours, which operates in cities across the globe including in D.C. and Philadelphia, supplied the buses for the parade in Washington to pay tribute to the World Series victors.

The buses were wrapped in championship banners in Philadelphia, driven to the nation’s capital for the celebrations, and then driven back to Philadelphia where they apparently were put back into service picking up and dropping off passengers.

Images of the buses first appeared on Twitter on Friday, a day before the parade.

The Philadelphia Phillies finished fourth in the National League East this season and missed the playoffs. Bryce Harper, the Nationals’ homegrown star outfielder, joined the Phillies in free agency after the 2018 season signing a $330 million, 13-year contract with the team. 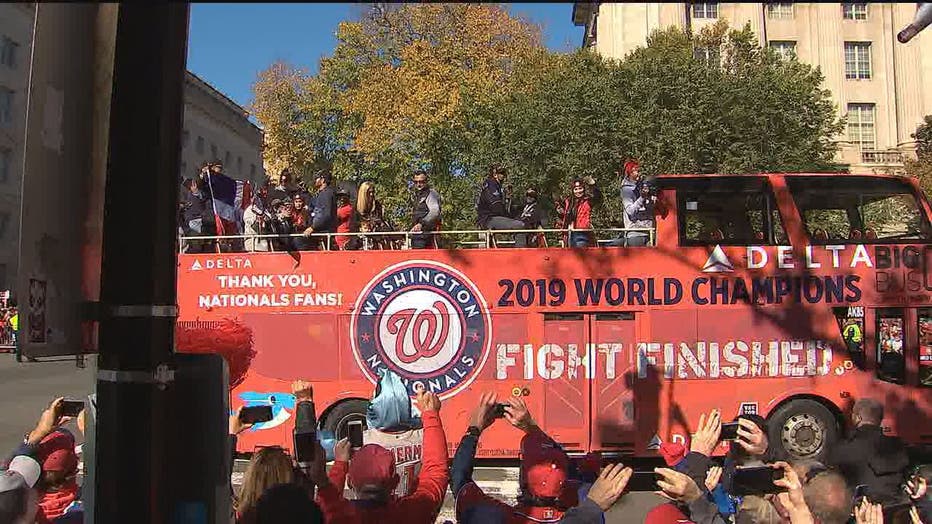 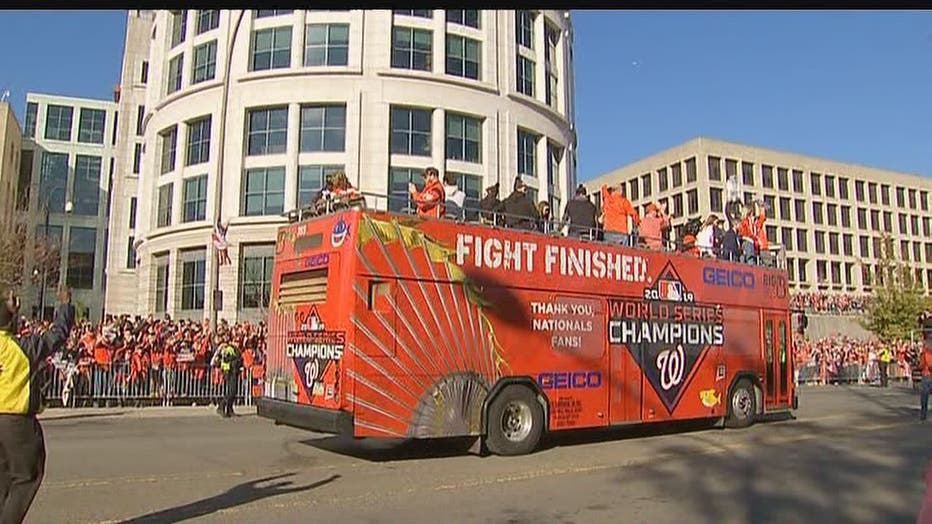