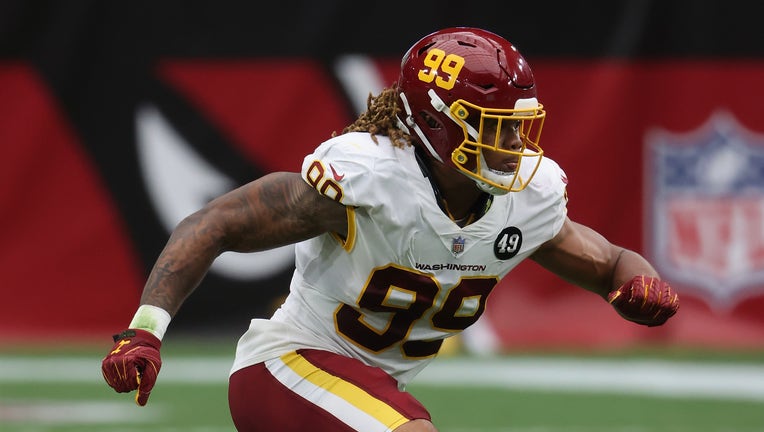 Defensive end Chase Young #99 of the Washington Football Team in action during the NFL game against the Arizona Cardinals at State Farm Stadium on September 20, 2020 in Glendale, Arizona. (Photo by Christian Petersen/Getty Images)

WASHINGTON - The Washington Football Team is .500 so far on the season, but its offense these first two games of the year have started the same way: Slow.

Unlike its season opener against Philadelphia, Washington couldn't survive its slow start last week at Arizona.

Washington now heads to Cleveland, where they'll face another up-and-coming team Sunday in the talent-rich Browns. Catch the game at 1 p.m. only on FOX 5.

Despite last week's performance, Washington remains atop the standings in an NFC East Division that looks to be historically weak again this season.

So how does Washington continue its playoff chase?

Washington travels to Cleveland this week after a thrashing in Arizona. Here are Doc Walker's Keys to the Game.

How does Washington contain Kyler Murray? Here are FOX 5's Keys To The Game