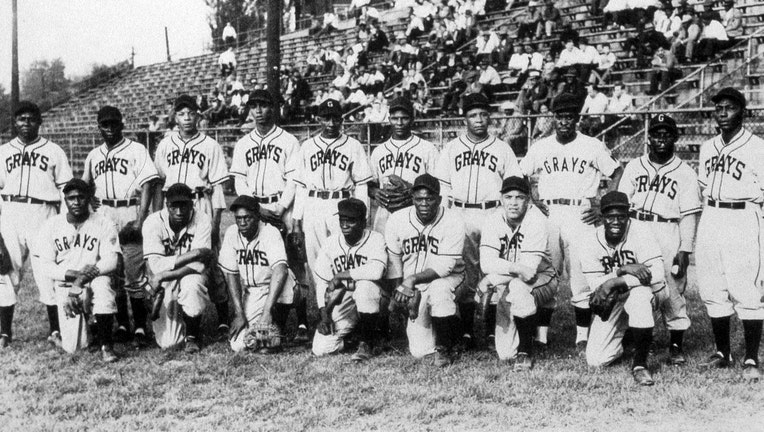 WASHINGTON - As the Washington Nationals battle for the World Series in 2019, we look back to a DC baseball dynasty that once featured some of the greatest players to ever live. We’re not talking about the Washington Senators, but the Washington Homestead Grays of the Negro League.

The Washington Homestead Grays were considered a dynasty in the Negro League, competing in the most Negro World Series and winning the most too. The Grays featured some of the greatest baseball players of all time, including Josh Gibson, Cool Papa Bell, Oscar Charleston, Jud Wilson, and Smokey Joe Williams. Twelve former players for the Grays now grace the halls of Cooperstown. 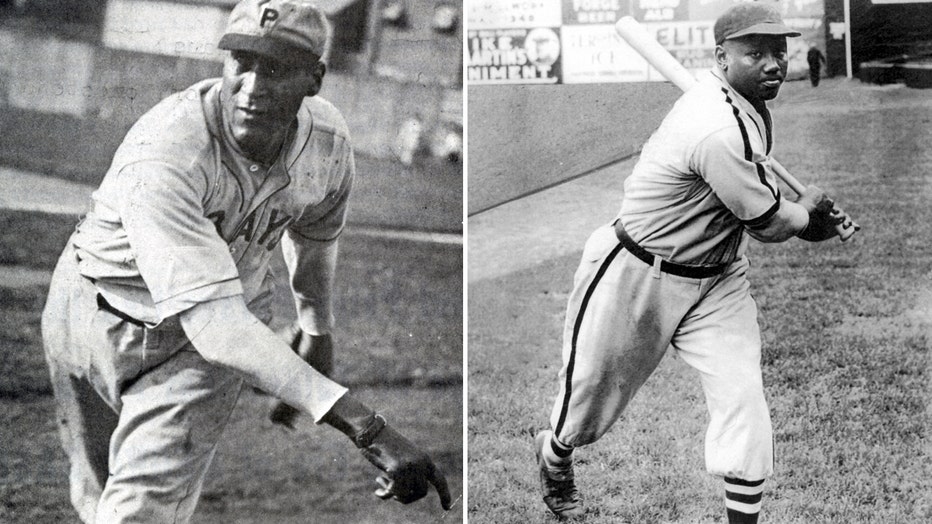 The Grays were originally based in Homestead, Pennsylvania, near Pittsburgh, and known as the Homestead Grays. The team later began playing at Forbes Field, the home of the Pittsburgh Pirates. 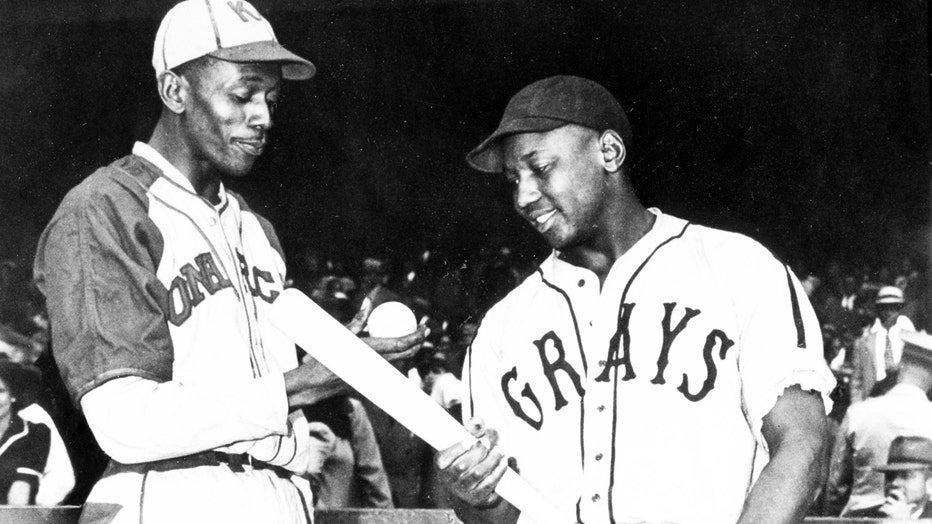 Satchel Paige of the Kansas City Monarchs talks with Josh Gibson of the Homestead Grays before a game in Kansas City in 1941. (Photo by Mark Rucker/Transcendental Graphics, Getty Images)

When playing in DC, the team played at Griffith Stadium, home of the Washington Senators, and went by the name Washington Homestead Grays.

The last championship the Grays won was in 1948 against the Birmingham Black Barons. The Black Barons featured a 17-year-old playing in his first professional season who went by the nickname “The Say Hey Kid.” That teenager was Willie Mays, who went on to be one of the greatest players in MLB history.

In the 1948 Negro League World Series, the Grays were led by first basemen and future Hall of Famer Buck Leonard, who batted cleanup behind legendary baseball player Josh Gibson for years. While the Grays won the World Series in 1948, a World Series game was not actually played in DC though. The World Series that year was played in Kansas City, New Orleans and Birmingham. 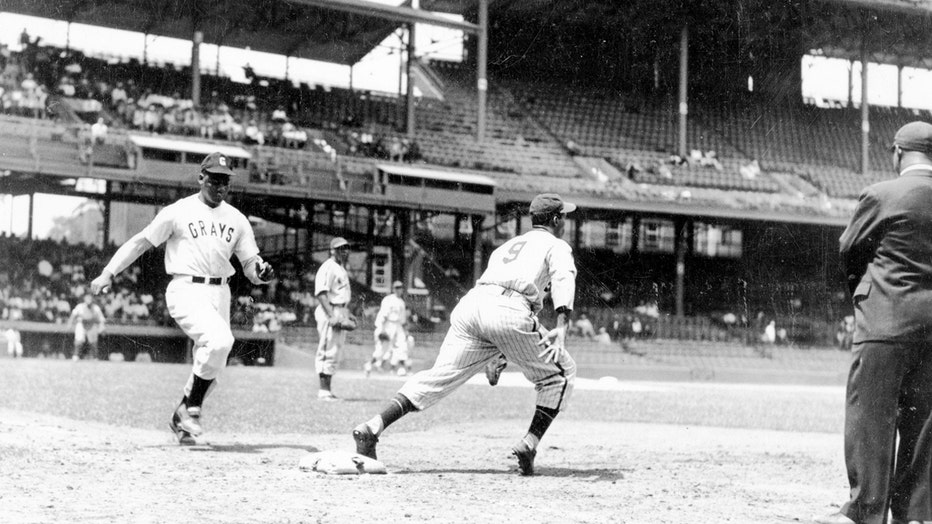 Hall of Famer Buck Leonard runs to first base, maned by James Stark, as the Homestead Grays play the New York Black Yankees at Griffith Stadium in Washington DC in 1940. (Photo by Transcendental Graphics/Getty Images)

The last Negro World Series game to be played in the District was in 1945 when the Grays and the Cleveland Buckeyes played at Griffith Stadium. The Buckeyes would end up sweeping the Grays that year.

Following the Grays’ World Series victory in 1948, the Negro National League collapsed and the Grays struggled as an independent baseball club and disbanded in 1951.