WASHINGTON - Alex Ovechkin passed Gordie Howe for second on the NHL career goals list Friday night, scoring his 802nd into an empty net with a minute left in the third period of the Washington Capitals’ game against the Winnipeg Jets.

After tying Howe earlier in the game and seconds after hitting the post with his first empty-net attempt, Ovechkin fired and connected from inside the blue line for No. 802. Teammates leapt off the bench to celebrate, and fans rose to their feet and chanted, "Ovi! Ovi!" 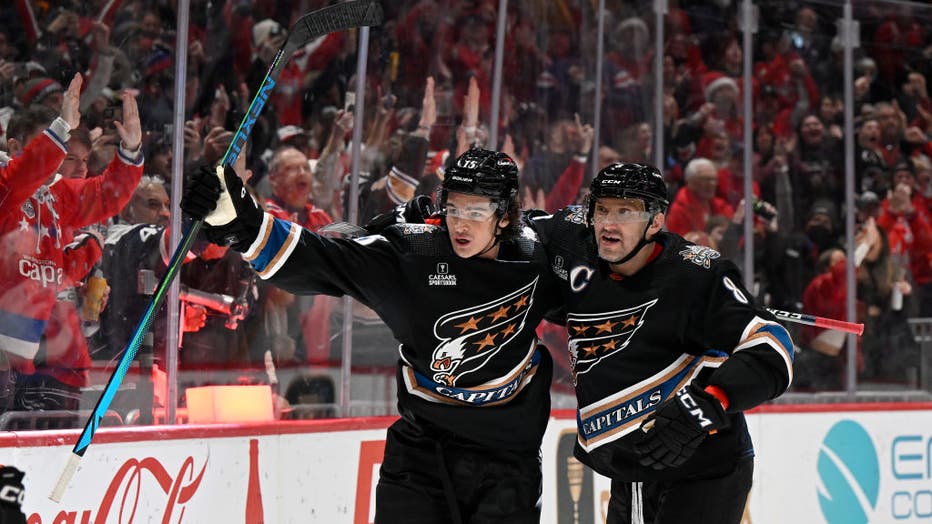 WASHINGTON, DC - DECEMBER 23: Sonny Milano #15 of the Washington Capitals celebrates with Alex Ovechkin #8 after scoring in the second period against the Winnipeg Jets at Capital One Arena on December 23, 2022 in Washington, DC. (Photo by Greg Fiume/

"We want to congratulate you on such a fantastic achievement," Mark Howe said. "You’ve been a pleasure to watch."

"What he’s done year after year, the consistency, and him being able to produce the way he’s consistently done, it’s pretty remarkable," said Toronto star Auston Matthews, the NHL’s reigning MVP who scored 60 goals last season. "Every year he always plays every game like it’s his last. He’s just a horse out there. He loves to score goals, and I think that’s been pretty evident throughout his career. You can just tell." 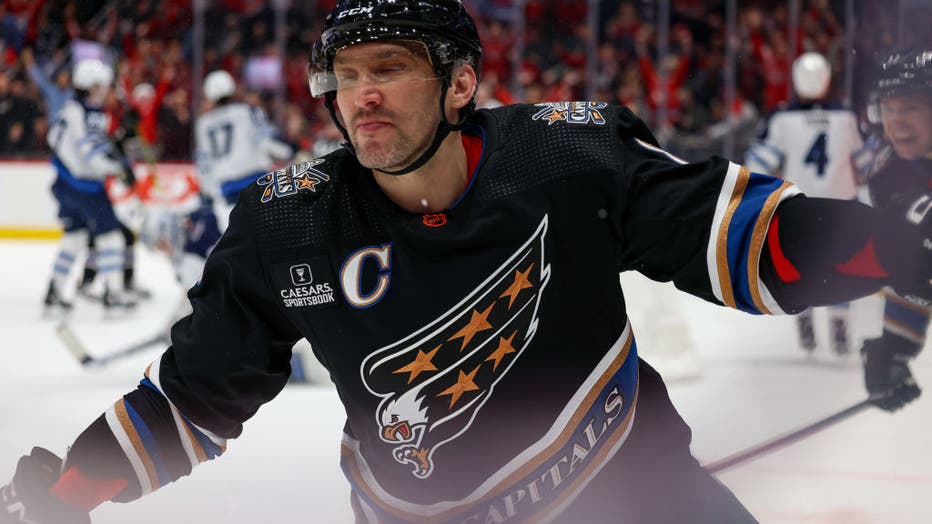 WASHINGTON, DC - DECEMBER 23: Alex Ovechkin #8 of the Washington Capitals celebrates the games first goal and his 801st career goal during a game against the Winnipeg Jets at Capital One Arena on December 23, 2022 in Washington, D.C. (Photo by John M

And Ovechkin does not intend on stopping any time soon. He’s signed for three more years after this season in hopes of surpassing 894 goals.

"He scores in bunches more than anyone ever, and that’s probably why he is where he is right now," Washington defenseman John Carlson said. "This history, the people (he’s passing), you’re like, holy smokes, you get to play with a guy for 13 years that is beating these guys in the history books. It’s pretty cool stuff."

Ovechkin’s 801st goal was his 52nd — the most of any opponent — in 71 games against the Jets/Atlanta Thrashers franchise. He also scored his 600th goal at home against Winnipeg.

"He’s such a driven guy when he goes out to play," Arniel said. "(He is not) just a slap shot, one-timer guy standing on the side on the power play. I saw all the goals he scored standing in front of the net. Even the hat trick he got in Chicago, all three were right there. He’s done a lot of that as well."

Ovechkin scored in his first game facing David Rittich, who became the 166th NHL goaltender he has beaten for a goal during his 18-year career. Only Jaromir Jagr at 178 and Patrick Marleau at 177 have scored against more goalies.