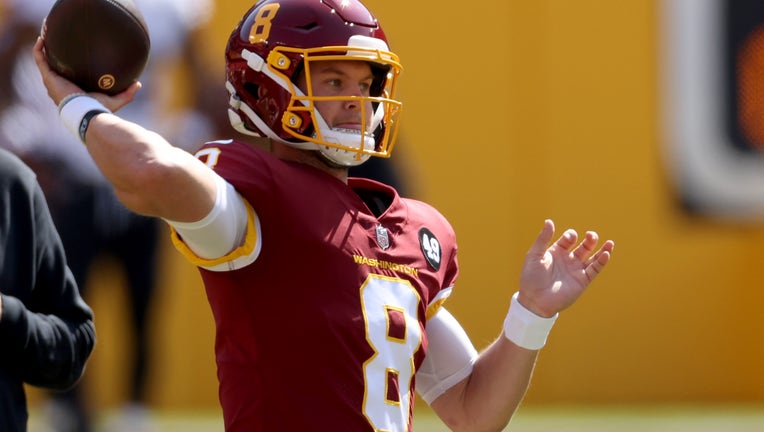 LANDOVER, MARYLAND - OCTOBER 04: Quarterback Kyle Allen #8 of the Washington Football Team warms up against the Baltimore Ravens at FedExField on October 04, 2020 in Landover, Maryland. (Photo by Rob Carr/Getty Images)

WASHINGTON - The Kyle Allen era has begun in Washington.

And the Dwayne Haskins era may already be over.

New Head Coach Ron Rivera made the bold choice to bench the former 1st-round draft pick after another slow start to a season that has gone sideways for Washington since a comeback Week 1 win against Philadelphia.

Rivera knows Allen from their time together in Carolina last season, but will that familiarity translate to wins?

Washington has a tough task today in the Los Angeles Rams, who field one of the fiercest pass rushers in the league in Aaron Donald.

Washington's offensive line, as usual, is beleaguered with injuries.