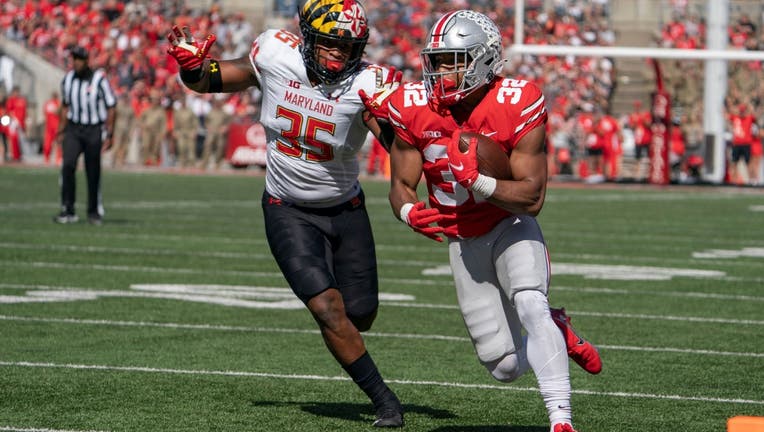 Ohio State Buckeyes running back TreVeyon Henderson #32 runs with the ball during the game between the Ohio State Buckeyes and the Maryland Terrapins at Ohio Stadium in Columbus, Ohio on October 9, 2021.(Photo by Jason Mowry/Icon Sportswire via Getty

COLUMBUS, Ohio - The University of Maryland will have to wait to get its season back on track after getting throttled by No. 7 Ohio State 66-17 Saturday in Columbus.

With the loss, the Terrapins fall to 4-2 on the season, while the Buckeyes improve to 5-1.

Taulia Tagovailoa showed improvement after a five-interception game against No. 3 Iowa, but the Terrapins were unable to stop Ohio State's high-octane offense.

Maryland's next game is at Minnesota on Oct. 23.