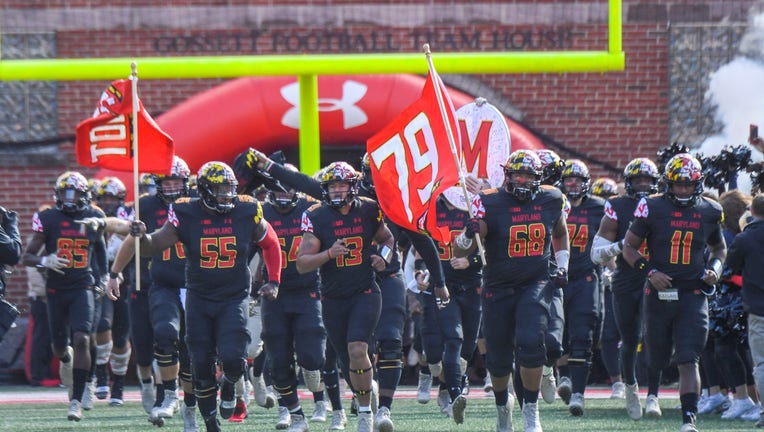 Maryland offensive lineman Ellis McKennie (68) carries the #79 flag on the field to honor Jordan McNair prior to action against Michigan State at Maryland Stadium in Nov. 2018. (Photo by Jonathan Newton / The Washington Post via Getty Images)

COLLEGE PARK, Md. - The University of Maryland is set to pay out a $3.5 million settlement to the family of Jordan McNair, a former Terps football player who died from heatstroke during a 2018 team workout.

The Maryland Board of Public Works will consider the settlement at its Jan. 27 meeting, according to the meeting agenda.

The settlement attempts to close a dark chapter for the Univ. of Maryland, which fired team staff including former Head Football Coach DJ Durkin over their handling of McNair's health.

Investigators found that team staff waited too long to call 911 and treat McNair's heatstroke after he started experiencing symptoms during a team workout in June 2018.

The scandal reached the top of Maryland's university system.

Its flagship College Park campus got accreditation warnings over its handling of McNair's health.

Former Univ. of Maryland President Wallace Loh faced criticism himself, but stayed in his post before retiring in July 2020.