COLLEGE PARK, Md. - Taulia Tagovailoa announced Wednesday he is returning to Maryland to play next season.

Tagovailoa, who holds a slew of school passing records, will try to help the Terrapins continue their recent rise under coach Michael Locksley. Maryland has won bowl games each of the past two seasons after finishing below .500 in the previous six.

"My goal when coming to Maryland was to help Coach Locksley turn this program around," Tagovailoa said. "After winning back-to-back bowl games, I believe we have things going in the right direction. But we’re not done yet. I’m not done yet." 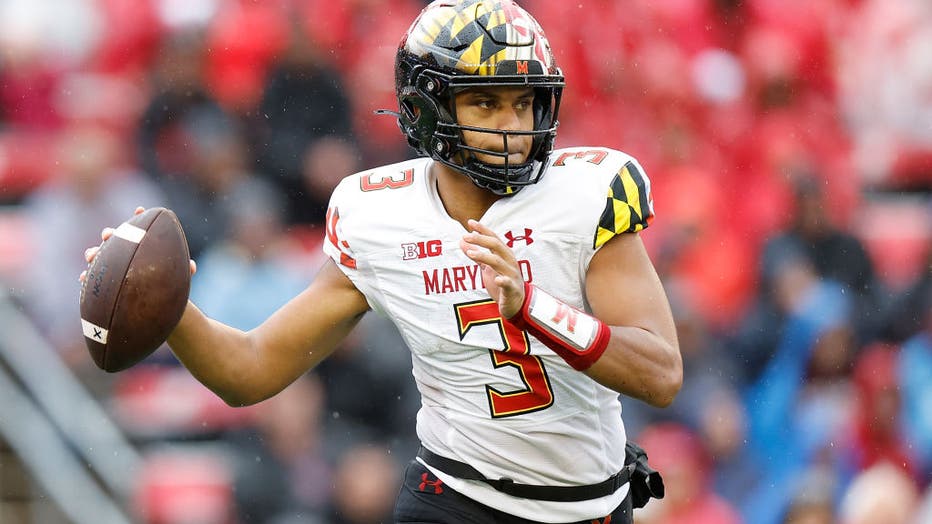 MADISON, WISCONSIN - NOVEMBER 05: Taulia Tagovailoa #3 of the Maryland Terrapins drops back to pass against the Wisconsin Badgers at Camp Randall Stadium on November 05, 2022 in Madison, Wisconsin. (Photo by John Fisher/Getty Images)

The Terps went 8-5 this past season and were competitive against both Michigan and Ohio State. Tagovailoa, the brother of Miami Dolphins quarterback Tua Tagovailoa, has stabilized the QB position at Maryland. He holds the program’s career records for yards passing, completions, completion percentage, touchdowns passing and total offense.