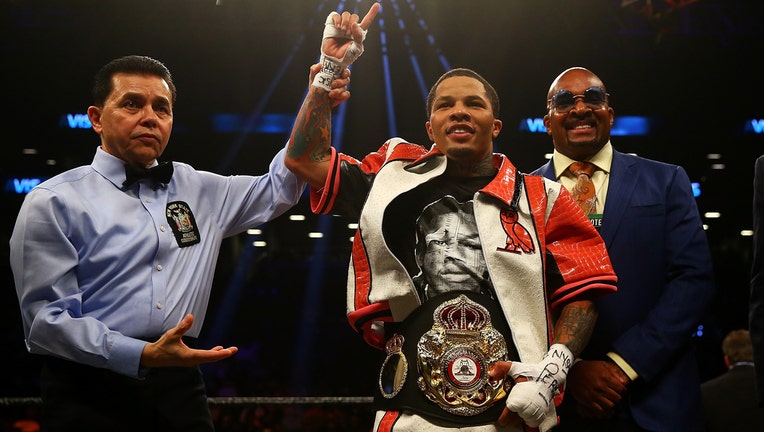 WASHINGTON - A world champion boxer was arrested along with another man after a fight in D.C. early Friday morning, police say.

Gervonta Davis, the WBA Super Featherweight titleholder, was seen having an argument with Ricardo Rodriguez outside in the 1700 block of M Street in Northwest D.C., according to a police report.

Police say the argument escalated and both men began punching each other.

As several people attempted to break up the fight, police say one of the men ran while the other gave chase after him. Eventually, Davis and Rodriguez were arrested by uniformed officers.

Both men were charged with disorderly affray.

According to TMZ, the altercation began at Rosebar Lounge near Dupont Circle after a dispute over a $10,000 tab that eventually spilled into the street. TMZ obtained video that appears to show the Baltimore boxer in handcuffs being walked over to a police vehicle.

Hours after his arrest, Davis posted on Twitter, "I am ok. Please do not judge me off of the media..they gonna paint me a bad picture every time." In another tweet, he wrote, "If I was fighting I would've got locked up for manslaughter NOT Disorderly Affray."