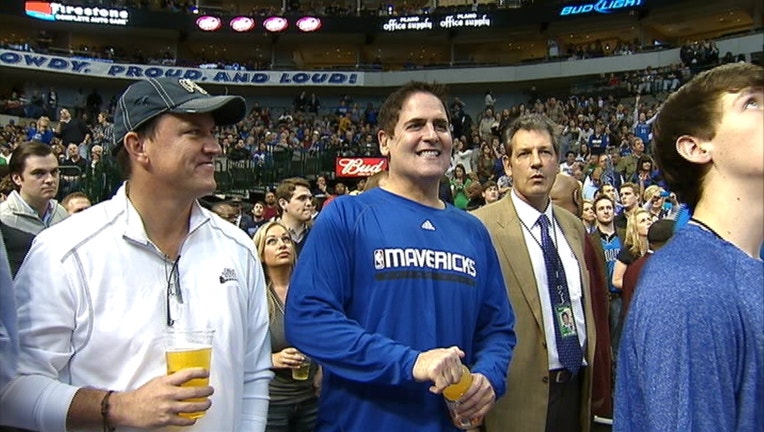 A Clinton-Cuban ticket is "absolutely" something Dallas Mavericks owner Mark Cuban is open to.

Cuban told NBC's Meet the Press, in a taping set to air on Sunday, that he would agree to be Hillary Clinton's running mate if asked. But he said Clinton would need to veer back to the center after a primary campaign that's seen her embrace ideas he deems too liberal on the economy.

Cuban told MTP host Chuck Todd that he likes that Clinton has "thought-out proposals, that's a good thing, because at least we get to see exactly where she stands."

NBC News released an excerpt of the interview on Friday afternoon. The full interview is set to air on Sunday morning.