One day after Dan and Tanya Snyder announced they were exploring the possibility of selling the Commanders, FOX 5’s David Kaplan talks to experts about what the process might look like.

WASHINGTON - Jeff Bezos, one of the wealthiest people on the planet, has reportedly expressed interest in buying the Washington Commanders with Jay-Z as a potential partner.

The 58-year-old billionaire is "looking into buying the Washington Commanders," People Magazine reported Thursday, citing a source. Jay-Z had an ownership stake in the Brooklyn Nets at one point and helped influence the move to the New York City borough from East Rutherford, N.J.

The richest owner in the NFL right now is Walmart heir Rob Walton, who leads the Walton-Penner ownership group that purchased the Denver Broncos in August for a record $4.65 billion.

If Bezos became an owner, his estimated net worth near $113 billion would jump Walton and claim the title of the league's wealthiest owner. 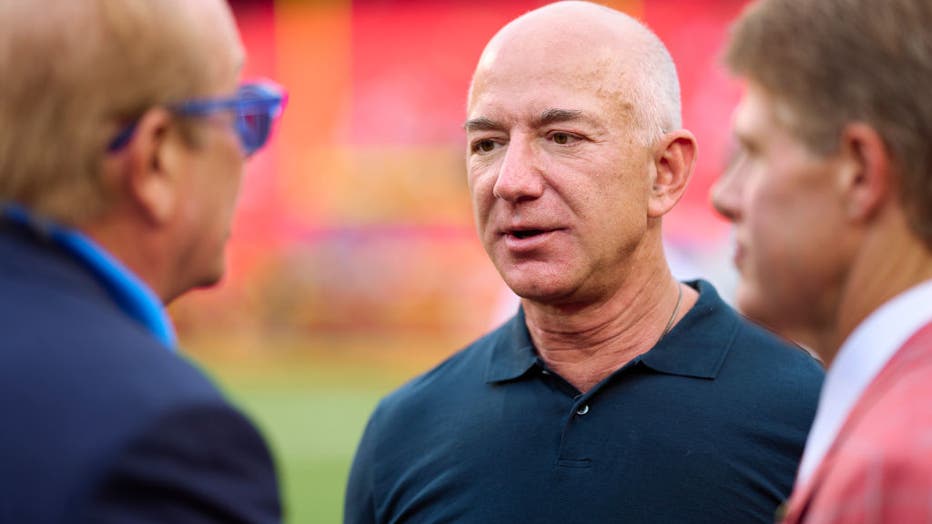 KANSAS CITY, MO - SEPTEMBER 15: Jeff Bezos looks on from the sidlines before kickoff between the Kansas City Chiefs and Los Angeles Chargers at GEHA Field at Arrowhead Stadium on September 15, 2022 in Kansas City, Missouri. (Photo by Cooper Neill/Get

Bezos' company Amazon has to a long-term deal with the NFL for the exclusive streaming rights of Thursday Night Football.

Bezos was seen on the sidelines before a Chargers-Chiefs game in September, which was the first regular-season game to be streamed on Prime Video. Next season, the streaming giant will carry the first-ever Black Friday NFL game, and 16 games will be carried on Prime Video in 2023.

Bezos moved the second headquarters of Amazon to Arlington, Virginia, which is just south of Washington, D.C.

Bezos also owns The Washington Post and has a home in the Washington Metropolitan area. The mega-billionaire is long believed to have had an interest in buying an NFL franchise, and the Commanders may be soon be available.

After repeatedly saying he would never consider giving up the football team he rooted for as a child and has owned for more than two decades, Dan Snyder and wife Tanya have taken the first step toward selling the Washington Commanders.

Dan Snyder and wife Tanya Snyder announced Wednesday that they hired a bank to explore selling the Washington Commanders.

According to the team, the Snyders hired Bank of America Securities to "consider potential transactions." It is unclear if they intend to sell all shares of the franchise or a minority stake.

"We are exploring all options," a spokesperson said. 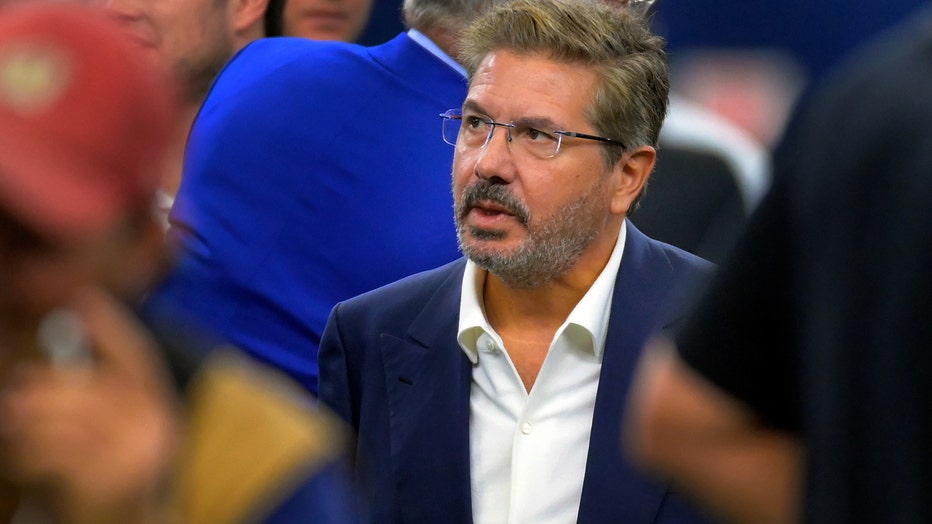 The Snyder family bought out the franchise's minority partners in 2021 and control all shares of the Commanders.

Snyder purchased the Washington franchise in 1999, but his tenure has been the subject of investigations and accusations of a toxic workplace environment.

The Snyders said their focus will remain on the Commanders.

"The Snyders remain committed to the team, all of its employees and its countless fans to putting the best product on the field and continuing the work to set the gold standard for workplaces in the NFL," a team statement said.

It is unclear if there would be any changes to Amazon's business relationship with the NFL if Bezos became a team owner.