WASHINGTON - Former Washington Spirit coach Richie Burke was one of four coaches the National Women's Soccer League permanently banned Monday as part of disciplinary actions taken against several individuals and teams in response to an investigation into alleged abuse and misconduct in the league.

The NWSL and its players association announced results late last month of their investigation, which found "widespread misconduct" directed at players dating back to the beginnings of the league nearly a decade ago. 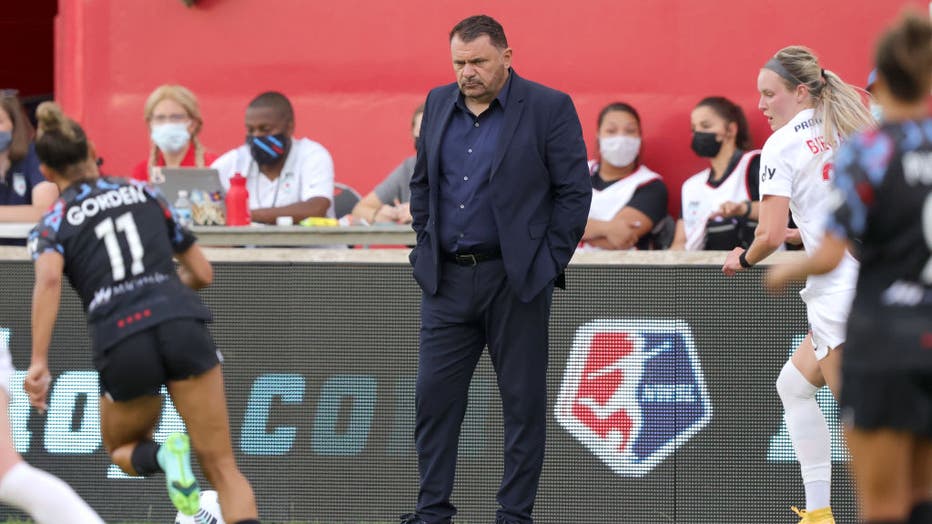 The investigation stemmed from allegations of harassment and sexual coercion made by two former players against Riley, who was among five NWSL coaches who were either dismissed or resigned amid claims of misconduct in 2021. U.S. Soccer also investigated reported misconduct in the league.

"The league will continue to prioritize implementing and enhancing the policies, programs and systems that put the health and safety of our players first," NWSL Commissioner Jessica Berman said in a statement. "Those actions are fundamental to the future of our league, especially as we build a league that strengthens our players' ability to succeed and prosper on and off the pitch."

A number of other individuals will be allowed to return to positions in the NWSL on certain conditions, including acknowledging misconduct, participating in training and committing to appropriate behavior. They included former Reign coach Farid Benstiti, former Houston Dash coaches Vera Pauw and James Clarkson, former Orlando Pride coach Amanda Cromwell and assistants Sam Greene and Aline Reis.

"A new NWSL begins today. No sanction will ever be enough to undo the harm that too many players endured," union President Tori Huster said. "By taking our power back, players have achieved a complete and total overhaul of the NWSL ecosystem, from the league office to club ownership and staff, with new policies and systems in place to protect player safety."