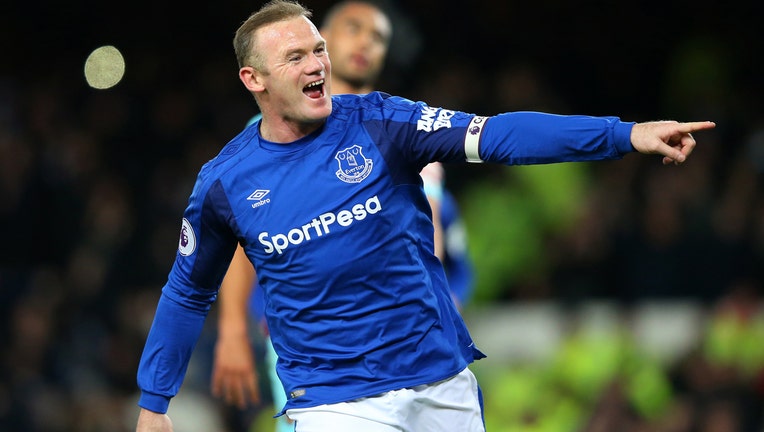 WASHINGTON - D.C. United has announced that English soccer star Wayne Rooney will be joining the club.

Rooney arrived at Dulles International Airport Thursday afternoon and was greeted by excited fans. Rooney had posted a picture to his Instagram showing him giving a thumbs up while sitting on a plane. The caption under the photo was two emojis: an airplane and an American flag.

Shortly after 10:30 a.m., the team tweeted a video formally announcing Rooney would be joining its club.

The 32-year-old reportedly agreed to a deal in principle back in May to leave the Premier League and join the MLS.

Currently, with the Everton Football Club, Rooney's deal is reportedly expected to be worth approximately $17 million and his contract would be offered until the end of 2020.

New Everton manager Marco Silva previously stated he would not stand in Rooney's way if the striker wanted to leave the English Premier League club to play in the MLS.

The MLS-transfer window does not open until July, which is just in time for DC United to unveil Audi Field, its new $300-million stadium in Navy Yard, on July 14.

Rooney is the all-time leading scorer for the English national team and Manchester United.