ASHBURN, Va. - Carson Wentz is set to start at quarterback for the Washington Commanders on Sunday against the Cleveland Browns.

The team on Wednesday announced coach Ron Rivera’s decision to switch from Taylor Heinicke to Wentz for what amounts to a must-win game in the NFC wild-card race.

Wentz replaced Heinicke during the fourth quarter of Washington’s loss at San Francisco and went 12 of 16 for 123 yards and a touchdown pass. The 29-year-old with the strong arm gives the Commanders a higher ceiling than Heinicke, whose success running the offense sputtered after winning five of his first six starts.

Rivera said Wentz’s performance against the 49ers contributed to going this direction. He thinks Wentz has a better understanding and command of the offense than his first six games with the Commanders, in which they went 2-4. 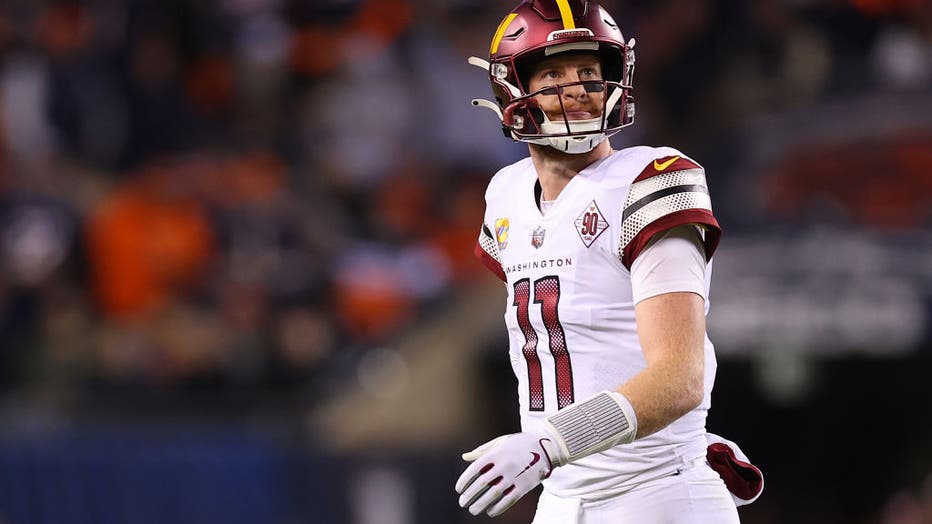 This will be Wentz’s first start since Oct. 13 at Chicago when he broke the ring finger on his right, throwing hand and had surgery, landing on injured reserve. He was in uniform again and backed up Heinicke in a home loss to the New York Giants on Dec. 18.

The Commanders are 7-7-1 and can clinch a playoff spot with a win and with losses by Seattle, Detroit and Green Bay. They host the Dallas Cowboys in Week 18.

Should the Commanders stick with Taylor Heinicke?

The DMV Zone crew + Josh Rosenthal discuss the latest happenings with the Washington Commanders and if the team should stick with Taylor Heinicke and his recent successes.