D.C. Attorney General Karl Racine is expected to release details on the investigation connected to the Commanders financial improprieties next week.

The suit alleges the team and league misled D.C. fans about the investigation into its toxic workplace culture.

The NFL and Washington Commanders both indicated in statements the allegations were baseless and they look forward to answering them. 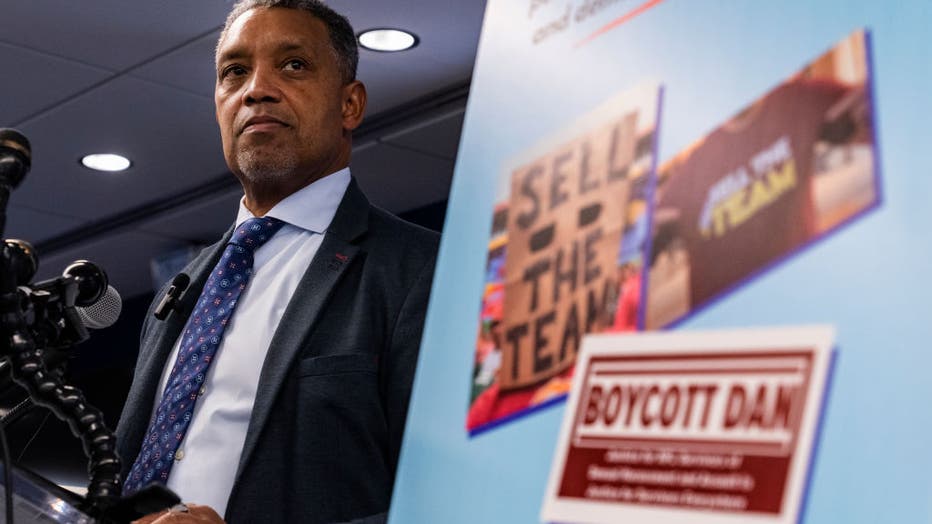 At the end of the news conference, Racine was asked about another possible investigation connected to the Commanders regarding financial improprieties.

"That’s a good question, there will be more news on that next week," Racine said, ending the press conference.

This spring, the House Oversight Committee sent a letter to the Federal Trade Commission following the testimony of a former team employee, Jason Friedman, who said the team withheld refundable deposits and there were other reports the team didn’t pass along other revenue streams it should have to the NFL.

Leach has no direct knowledge of these investigations, but similar ones.

D.C. Attorney General Karl Racine has filed a civil lawsuit against the Washington CommanderS, its owner Dan Snyder, the NFL, and its commissioner Roger Goodell. FOX 5's David Kaplan says much of what is in the complaint filed Thursday has already been publicly reported. What’s new about this is that it’s going to a court of law.

The FTC, Leach says, has a common practice of not confirming or denying an investigation, as they’ve done with the Commanders.

However, Leach says if the FTC was investigating, it would be common to have open lines of communication with an investigative agency like the D.C. Attorney General if they’re investigating a similar matter.

As for an attorney general making a public announcement before the FTC, Leach says it’s "incredibly common":

All along, the Commanders have strongly denied any financial improprieties.

Following the congressional referral to the FTC, the team sent a 102-page response and had an independent audit done.

"This investigation found no evidence that the team intentionally withheld security deposits that should have been returned to customers or that the team improperly converted any unclaimed deposits to revenue.  Furthermore, the investigation found no evidence of any deliberate or fraudulent intent on the part of the team to misallocate revenue to avoid revenue sharing, and that the amounts involved represented a de minimis portion of the overall team revenue," a Commanders spokesperson said in a statement.

No word on when an announcement may come from Racine’s office next week.