FOX 5’s Sierra Fox spoke with D.C. Delegate Eleanor Holmes Norton who says not only is Congress investigating allegations of sexual assault with the Washington Commanders, but now financial issues have come up.

WASHINGTON - A new report reveals that the Washington Commanders are being accused of not sharing required NFL ticket revenue with visiting teams.

FOX 5’s Sierra Fox spoke with D.C. Delegate Eleanor Holmes Norton who says not only is Congress investigating allegations of sexual assault with the Washington Commanders, but now financial issues have come up.

Specific details about the nature of the problems haven’t been released besides the ticket sales scheme being reported, and she just can’t believe the team would do something so blatant.

"It’s a first-class indication of cheating. So I can’t imagine why they would not pass along ticket sales, but again it’s a team that’s not noted for its honesty or full-fledge dealings. Nevertheless, this is so obvious," Del. Norton said. 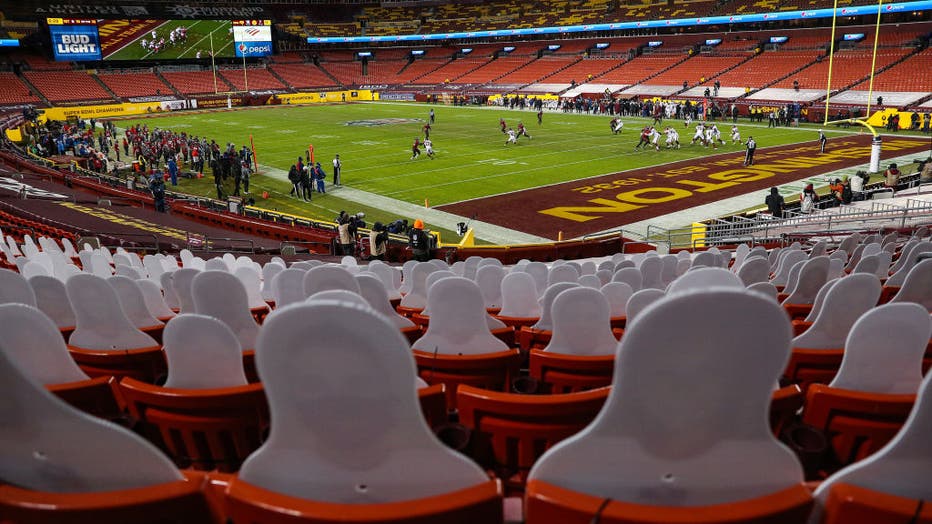 LANDOVER, MARYLAND - JANUARY 09: Cardboard cutouts are seen in a general view as the Tampa Bay Buccaneers play the Washington Football Team during the second quarter of the NFC Wild Card Playoff Round at FedExField on January 09, 2021 in Landover, Ma

"There has been absolutely no withholding of ticket revenue at any time by the Commanders. Those revenues are subject to independent audits by multiple parties.  Anyone who offered testimony suggesting a withholding of revenue has committed perjury, plain and simple."

Lisa Banks, who represents Jason Friedman as well as over 40 former Washington Commanders employees, released a statement in response to the Commanders’:

"The Washington Commanders just released a statement to members of the media. In that statement, they defamed my client, Jason Friedman, who came forward at the request of the Congressional Oversight Committee and testified truthfully, with evidence," Banks wrote. "Unfortunately, Mr. Friedman is unable to defend himself publicly due to contractual constraints that prevent him from speaking freely. He would be happy to recount his testimony if Dan Snyder and the Washington Commanders allow him to do so. I will await their response."

Under NFL rules, teams must give 40% of their ticket revenue to the league, and then they disperse the money among the teams. However, Perez says his sources with knowledge of this told him at least one person gave information in recent weeks to Congressional investigators that alleges the Commanders didn’t pass along the full amount.

At this time, it is not clear if Dan Snyder is behind the alleged money scheme or who authorized it whether it was someone in ownership or below. FOX 5 asked Perez if he knows how much money was kept.

"We don’t know how much. If you look at others, there’s only one publicly owned team – the Green Bay Packers – it’s really the only way we can get an estimate of how much they take and every team varies by a lot, but we’re talking $100,000 or more, and we don’t know how long and if this went on," Perez said.

FOX 5 has reached out to the NFL. They're declining to comment at the moment.