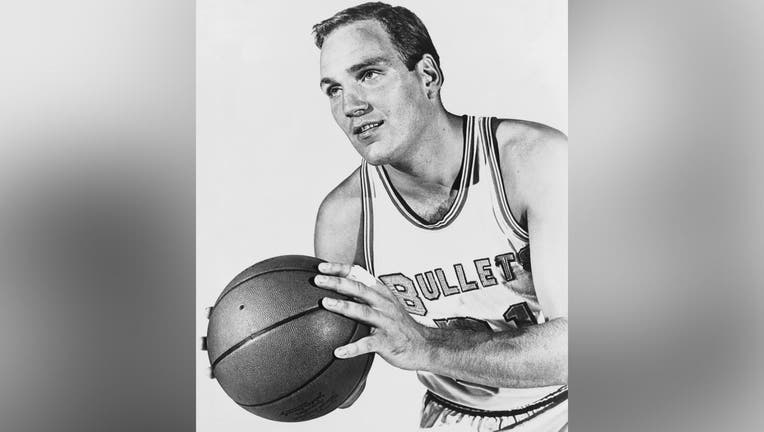 WASHINGTON - Bob Ferry – a former Bullets center who went on to build the 1978 NBA championship team as general manager – has died at the age of 84.

Ferry’s career in the organization spanned the Bullets’ years in both Baltimore and D.C.

After his 10-year career as a player, Ferry built his reputation as an executive – earning NBA Executive of the Year honors in 1979 and 1982.

He served in the team’s front office for 17 years.

His son, Danny Ferry, began his career at DeMatha High School before moving on to Duke and then the NBA.

He most recently served as GM of the New Orleans Pelicans.

Washington Wizards coach Wes Unseld Jr. sounds a somber note ahead of the team's game against the Boston Celtics, announcing that Bob Ferry - who built the Bullets' 1978 championship team as GM - has died.