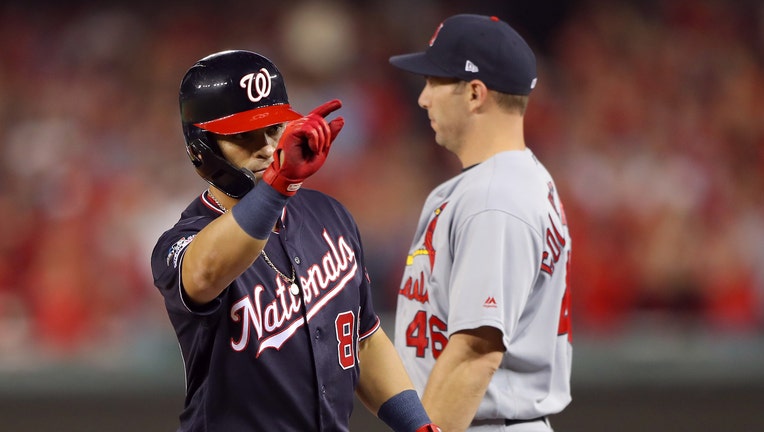 His new fans even greeted the former Nationals outfielder with his signature salute.

A two-time Gold Glove winner and a backup on this year’s World Serieschampion Washington Nationals, the 32-year-old outfielder has a .276 batting average with 88 home runs and 522 RBIs over 11 major league seasons.

He became a fan favorite at Nationals Park this year for his “Baby Shark” walkup song, a tribute to the musical taste of his 2-year-old daughter Aaliyah.

Fans and teammates made shark-inspired hand gestures after each hit, including pinching together an index finger and thumb after singles. Some players worked out wearing headbands with the image of a cartoon shark, and some fans attended games in shark costumes.