NIAID Director Fauci said Nov. 19 that the rush to get a COVID-19 vaccine did not compromise its safety. He added that Americans need to double down on public health measures in the meantime.

How could scientists race out COVID-19 vaccines so fast without cutting corners? A head start helped -- over a decade of behind-the-scenes research that had new vaccine technology poised for a challenge just as the coronavirus erupted.

“The speed is a reflection of years of work that went before,” Dr. Anthony Fauci, the top U.S. infectious disease expert, told The Associated Press. “That’s what the public has to understand.”

Creating vaccines and having results from rigorous studies less than a year after the world discovered a never-before-seen disease is incredible, cutting years off normal development. But the two U.S. frontrunners are made in a way that promises speedier development may become the norm -- especially if they prove to work long-term as well as early testing suggests.

RELATED: ‘This really feels like the beginning of the end': UK gives 1st COVID-19 vaccine doses

“I think we enter into a golden age of vaccinology by having these types of new technologies,” Creech said at a briefing of the Infectious Diseases Society of America.

Both shots -- one made by Pfizer and BioNTech, the other by Moderna and the National Institutes of Health -- are so-called messenger RNA, or mRNA, vaccines, a brand-new technology. U.S. regulators are set to decide this month whether to allow emergency use, paving the way for rationed shots that will start with health workers and nursing home residents.

Billions in company and government funding certainly sped up vaccine development — and the unfortunately huge number of infections meant scientists didn't have to wait long to learn the shots appeared to be working.

But long before COVID-19 was on the radar, the groundwork was laid in large part by two different streams of research, one at the NIH and the other at the University of Pennsylvania — and because scientists had learned a bit about other coronaviruses from prior SARS and MERS outbreaks. 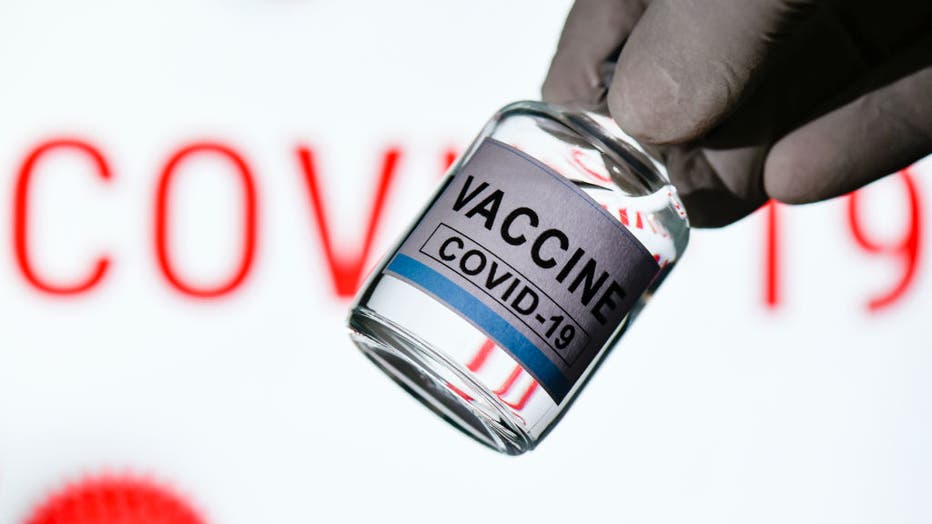 In this photo illustration a doctor holds a bottle labelled as the Covid-19 coronavirus vaccine in Guwahati, India on 28 November 2020. (Photo illustration by David Talukdar/NurPhoto via Getty Images)

“When the pandemic started, we were on a strong footing both in terms of the science" and experience handling mRNA, said Dr. Tal Zaks, chief medical officer of Massachusetts-based Moderna.

Traditionally, making vaccines required growing viruses or pieces of viruses — often in giant vats of cells or, like most flu shots, in chicken eggs — and then purifying them before next steps in brewing shots.

The mRNA approach is radically different. It starts with a snippet of genetic code that carries instructions for making proteins. Pick the right virus protein to target, and the body turns into a mini vaccine factory.

“Instead of growing up a virus in a 50,000-liter drum and inactivating it, we could deliver RNA and our bodies make the protein, which starts the immune response,” said Penn’s Dr. Drew Weissman.

Fifteen years ago, Weissman’s lab was trying to harness mRNA to make a variety of drugs and vaccines. But researchers found simply injecting the genetic code into animals caused harmful inflammation.

Weissman and a Penn colleague now at BioNTech, Katalin Kariko, figured out a tiny modification to a building block of lab-grown RNA that let it slip undetected past inflammation-triggering sentinels.

Other researchers added a fat coating, called lipid nanoparticles, that helped stealth RNA easily get inside cells and start production of the target protein.

Meanwhile at the NIH, Dr. Barney Graham’s team figured out the right target — how to use the aptly named “spike” protein that coats the coronavirus to properly prime the immune system.

The right design is critical. It turns out the surface proteins that let a variety of viruses latch onto human cells are shape-shifters — rearranging their form before and after they've fused into place. Brew a vaccine using the wrong shape and it won’t block infection.

RELATED: How coronavirus vaccines will roll out in U.S.

That was a discovery in 2013, when Graham, deputy director of NIH’s Vaccine Research Center, and colleague Jason McLellan were investigating a decades-old failed vaccine against RSV, a childhood respiratory illness.

They homed in on the right structure for an RSV protein and learned genetic tweaks that stabilized the protein in the correct shape for vaccine development. They went on to apply that lesson to other viruses, including researching a vaccine for MERS, a COVID-19 cousin, although it hadn't gotten far when the pandemic began.

“That's what put us in a position to do this rapidly,” Graham told the AP in February before the NIH’s vaccine was first tested in people. “Once you have that atomic-level detail, you can engineer the protein to be stable."

Likewise, Germany’s BioNTech in 2018 had partnered with New York-based Pfizer to develop a more modern mRNA-based flu vaccine, giving both companies some early knowledge about how to handle the technology.

“This was all brewing. This didn’t come out of nowhere,” said Pfizer’s Dormitzer.

Moderna also was using mRNA to develop vaccines against other germs including the mosquito-borne Zika virus -- research showing promise but that wasn’t moving rapidly since the Zika outbreak had fizzled.

Then at the NIH, Graham woke up on Saturday Jan. 11 to see Chinese scientists had shared the genetic map of the new coronavirus. His team got to work on the right-shaped spike protein. Days later, they sent Moderna that recipe -- and the vaccine race was on.