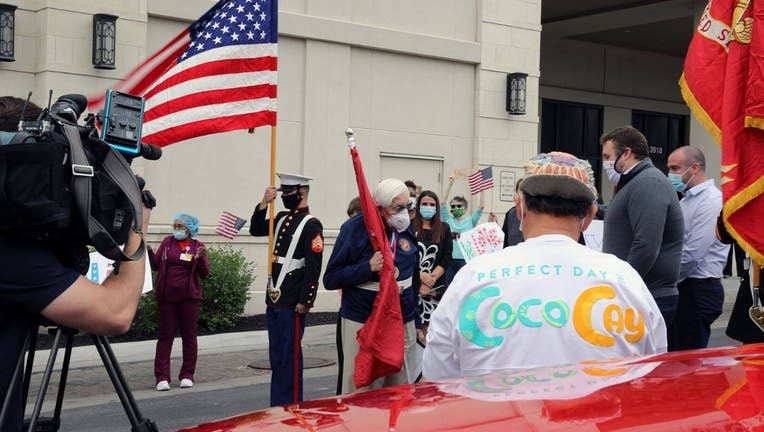 FOX NEWS - A 99-year-old Marine veteran earned a new medal this week -- to go along with the two Purple Hearts he was given for his actions during World War II -- after winning a long and tough battle against the coronavirus.

Max DeWeese, of Kansas City, wound up in the hospital and then a rehab facility after getting sick with COVID-19. He was discharged Thursday from Ignite Medical Resorts in Kansas City.

“I’ve gone through hell more than once and this came almost as close,” DeWeese said, according to WSLS-TV.

DeWeese enlisted in the Marines after Pearl Harbor and served as a flamethrower in the South Pacific, including at the Battle of Guadalcanal.

Paul Chappa with Friends in Service of Heroes, a veterans support organization, draped a medal around his friend's neck that said “I Beat COVID-19 in 2020.” 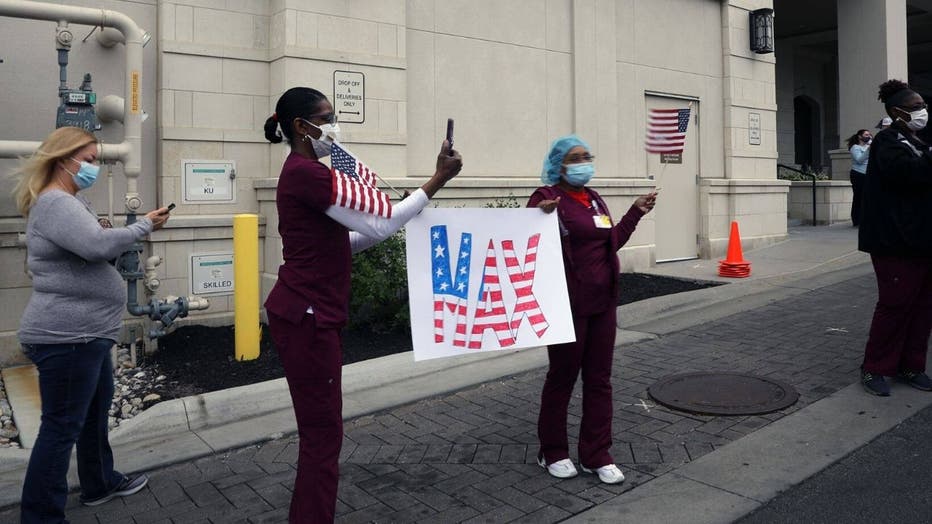 “There’s nothing that Max can’t do,” Chappa said, according to FOX4 KC. “It certainly scared us when we heard that Max had been admitted. But it’s no surprise that Max has beat this."

"Max’s attitude and never-give-up spirit is something that was ingrained in him as a young Marine, and it still lives with him today.”

After his discharge from rehab, DeWeese got a surprise send-off from health care workers, family and friends. Also on-hand were officers from the Kansas City Police Department, fiirefighters and a Marine Color Guard unit. Everyone had on face masks to protect against the virus.

“I’ve gone through four engagements in the Pacific in World War II and that was hell,” Deweese said, according to FOX4. “This wasn’t near as bad because at my age, I figured out what’s going to happen is going to happen and I’ll ride with it.”

He added: “I’ve ridden it and thank goodness the good Lord has seen fit to keep me around for a little while longer.”