Man freed in fentanyl case despite criminal past

A Virginia man who police say had thousands of fentanyl pill was freed from custody one day after his arrest in Fairfax County. Fox 5's Lindsay Watts explains what happened.

BETHESDA, Md. (FOX 5 DC) - A Virginia man who police said had thousands of fentanyl pills was freed from custody one day after his arrest in Fairfax County, despite being on supervised release from another drug-trafficking case at the time.

The Fairfax County Commonwealth’s Attorney’s Office said Thursday that they weren’t part of the decision to release the man and District Court Judge William Minor made the call.

State troopers said 24-year-old Alpha Amin Kamara, of Woodbridge, was driving a stolen car when he led them on a chase on I-95 near Lorton with speeds topping 140 miles per hour.

Investigators said the June 26 chase ended with a crash and Kamara running from troopers and resisting arrest. 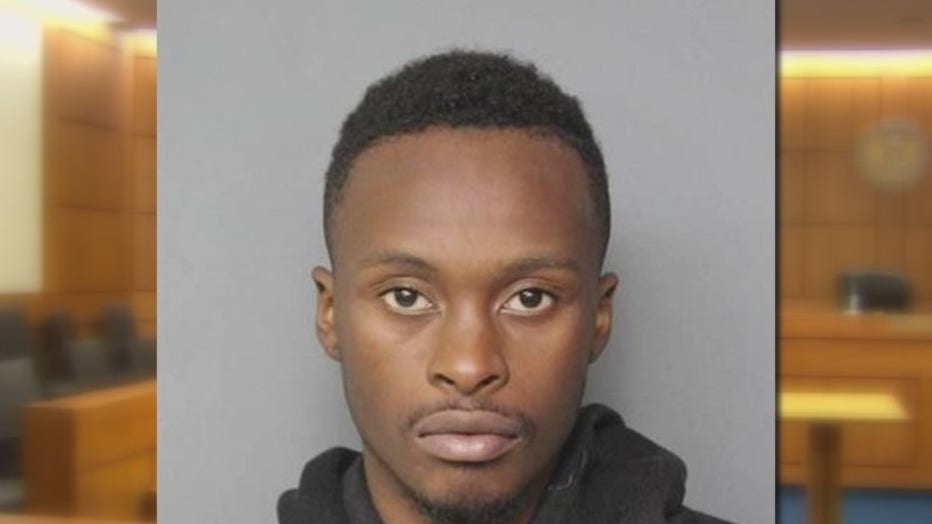 According to charging documents, troopers found two kilos of fentanyl pills in the car along with cash, a scale, and a loaded gun. Fake prescription pills laced with fentanyl are killing people across the country, including in the DMV.

Investigators said Kamara admitted that he had just gotten off of house arrest in a prior case. He was found guilty in a 2017 federal drug trafficking case where he was identified as a Bloods gang member and he was still on supervised release, according to documents.

But despite that, Kamara was freed on his own recognizance the next day.

"I have to say I was surprised," said Kamara’s attorney Robert Jenkins. "Surprised because he was on federal supervised release, also given the reported circumstances surrounding his arrest, the amount of suspected narcotics seized."

In a statement, Becky Campbell, spokesperson for the Fairfax County Commonwealth’s Attorney’s Office, said: "We have always believed that this individual represented a danger to the public and should be held. We were therefore dismayed that he was released prior to the point in the proceedings at which our office can be involved and pleased to learn from our partners in federal law enforcement, with whom we were coordinating throughout, that they were taking action to get him off the streets. We will pursue our charges in this case vigorously."

When asked for clarification on why the office could not be involved, she said prosecutors are unable to attend arraignments.

"In early 2020 we began staffing the arraignment docket with a prosecutor – which was a change in process for this courthouse and prior administrations. After several days of us attempting to participate in in-custody arraignments, Judge Mutnick informed our office that the GDC judges had spoken and felt that because the defendant is without counsel at that point (as it is the morning after arrest), they believed that a prosecutor appearing and objecting to bond would be considered an ex parte communication and that they would no longer allow us to appear and make an objection to bond at arraignment."

FOX 5 reached out to the court and Judge Minor for information on Kamara’s release, but was told: "The Judicial Canons prevent the court from making any comment on this or any other case."

Jenkins said the judge should have known about his client’s background.

"I think it’s very unlikely the state court judge was unaware or let’s say didn’t have access to the information," he said.

Federal agents re-arrested Kamara a day after his release, according to documents. He’s now being held on federal charges in addition to the county case where he’s facing charges of eluding police, hit-and-run, possession of drugs with the intent to distribute, obstructing justice by resisting arrest and driving without a valid license.